Who should be Pakistan's wicket-keeper in the Test series against England?

"Such allegations that there is any rift in the side are not true" : Sarfaraz Ahmed

Pakistan captain speaking to Saj (for FirstPost) analyses the recent ODI losses to England and their implications on the sides' World Cup preparations. 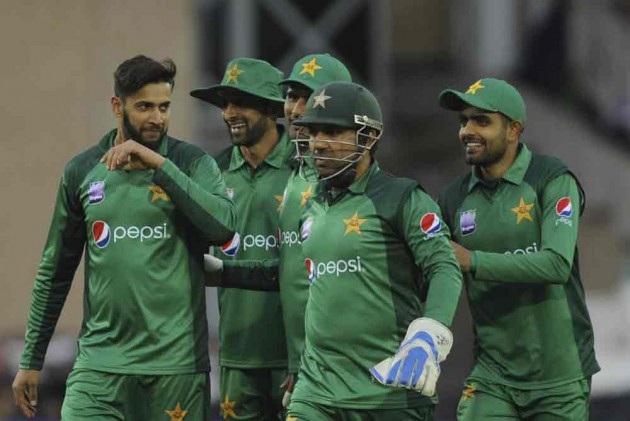 If Pakistan Cricket Board’s (PCB) idea of an ODI series against England was supposed to provide solutions to some of Pakistan’s pressing selection issues ahead of the World Cup, then the 4-0 loss to the hosts would have only created more anxiety than provide any concrete answers to their quandaries.

The margin of defeats in not only this series but the preceding one against Australia, which resulted in a 5-0 drubbing at ‘home’ in the UAE would have been a matter of concern, but the manner of capitulation in both series is something that the Pakistan think-tank would not have imagined in their wildest dreams.

To say that Pakistan’s famed bowling attack was taken to the cleaners and their fielding was left exposed due to some school-boy errors would be an understatement as the 1992 World Cup winners were all but humiliated at a time when they would have been hoping for some confidence-building wins under their belts.

In fact the magnitude of defeats in some of the games against England was such that it gave rise to some concerns about the attitudes and prevailing morale in the Pakistan camp ahead of the 2019 World Cup event, something which the Pakistan captain Sarfaraz Ahmed was at pains to deny after the defeat in the 5th ODI against England stating that, “I am not sure why people are suggesting that there is tension in this squad, the fact is that we did not bowl that well in the first 13 overs due to which close to 120 runs were conceded by our bowlers. At that point it appeared that England were set for a score in excess of 375 to 400 but we took control of the situation. Such allegations that there is any rift in the side are not true and I would appreciate it if such comments are not made about the squad and such rumours are not spread to the general public."

Sarfaraz Ahmed’s denials of problems in the camp could have been classed as a valiant effort to deflect any unwelcome attention off his team, but even he was forced to take note of his side’s preparations for the upcoming World Cup were easily thwarted by England, who had comprehensive dominance over their opponents in pretty much all aspects of the game. What Pakistan’s vulnerable ODI batting line-up could definitely make use of would be a strong tail that England seem to have – something that did not go unnoticed by the Pakistan captain.

"It’s important for us to see as we head towards the World Cup is how the top world-class sides are faring when it comes to runs produced by their tail-enders. If you look at the make-up of the English side, you will note that even their bowlers are proper batsmen and the way they have batted throughout this series is like how proper batsmen would bat, which is something we should also learn from as lower-order runs at the World Cup will be vital.”

It would be difficult for Sarfaraz Ahmed and Head Coach Mickey Arthur to put down results of recent ODI games to luck as there seemed to be a definite pattern of weak bowling performances which lead to these defeats. However, what seemed to surprise many was the manner in which the Pakistan batting responded to the challenge with no less than three scores of 300+ during the recently concluded series against England. Such batting performances, did fill Sarfaraz Ahmed with optimism and he was quick to acknowledge the successes of his batsmen.

"We will be the first to accept, based upon the results of the games leading up to the World Cup, that as a team we have not played that well. But if there is anything positive that you wish to see in this whole situation, then it has to be our batting which is performing really well. All of these are great signs for us before the World Cup as our top and middle-order batsmen are in good form," he claimed.

The history of the World Cup is replete with some dazzling fielding performances from any number of world-class players who have played in the competition and surely more such displays of athleticism and skills are to be expected in the upcoming tournament. However, based upon the recent spate of fundamental errors on the field, it would be fair to say that it is unlikely that any Pakistan player will be featuring on the list of outstanding fielders in the World Cup. Pakistan’s weaknesses in fielding is also a matter of concern for the captain as he was quick to admit the problem, but he also felt that there was still time to rectify those issues.

"It is true that our fielding is not up to the mark, but I am happy that we still have enough time to work on these issues and fix them ahead of the World Cup. We will sort out these problems and will do the same with our bowling. I just hope that our fans will back us in the coming days as we are determined to do well in the World Cup."

Whilst the dismal results of the ODI series against England may not have been what many followers of Pakistan cricket expected, there weren’t too many critics of the concept of playing the World Cup hosts so close to the competition as it offered ideal opportunities for preparation. Acclimatizing to English conditions and getting a feel for the local pitches should have done a world of good for the 'Men in Green' and as Sarfaraz Ahmed indicated, playing against a side ranked as number one in ICC’s ODI rankings has been a great learning experience ahead of the mega event.

"All in all the series against a top-ranked side such as England has benefited us greatly because it has given us an indication of what targets we need to achieve to be able to compete with the best teams in the World Cup. It’s no exaggeration to say that the current England side is a benchmark for excellence and clearly shows what teams need to do to be the best in the game."

With all preparations now done and the final 15 players identified, and with two warm-up games remaining, Pakistan for better or worse are ready to take part in the 2019 World Cup where they kick-off their campaign on 31 May against West Indies.

The results preceding this point read for depressing reading if you are a Pakistan fan but for Sarfaraz Ahmed and his men, the experience of playing in England although not ideal, has been a useful one and with Mohammad Amir and Shadab Khan back in the side after recovering from their ailments, there is definite cause for optimism.

"Results wise, it hasn’t been an ideal preparation for the World Cup but I'm confident we're ready for it because of the way my team responded and because of how the batsmen batted. There is no doubt that this experience of playing in England, especially for those players who have never played here before, has been a very useful and should hold us in good stead during the World Cup. We must also not forget the likes of Shaheen Shah Afridi. who bowled really well in the final ODI to pick up 4 wickets, showed the world that he is a good bowler. Not only that, we had some excellent performances from Hasan Ali and Imad Wasim as well. All of these factors indicate to me that this side is ready for the World Cup and will give a good account of themselves.”