Many thanks to @sweep_shot for his excellent article on why Bangladesh's upcoming tour of Pakistan and the T20I Series, in particular, could help in building bridges between cricket boards of both nations. 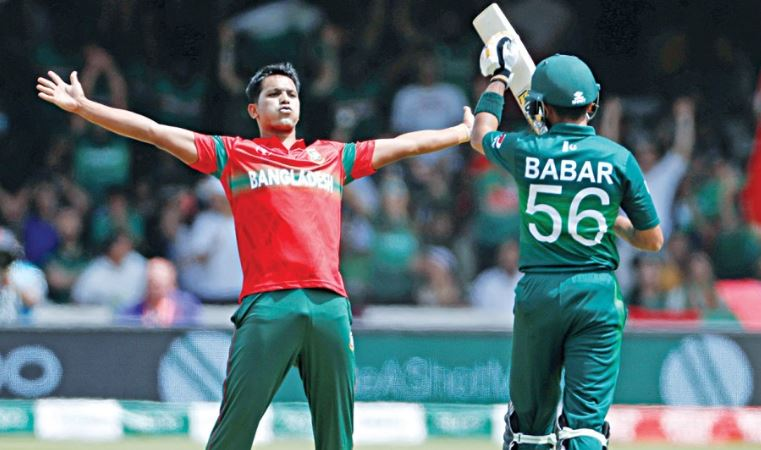 The tour is finally happening! After nearly 3 months of non-stop and heated drama, BCB and PCB buried the hatchet and came to an amicable understanding which seems to be a satisfactory resolution for all concerned. The end result of a few weeks of wrangling is that Bangladesh Cricket side will be travelling to Pakistan for a full series consisting of 3 T20Is, 2 Tests, and 1 ODI.

The final chapter of the negotiation was concluded in the UAE, where the two board representatives (Nazmul Hasan and Ehsan Mani) met in person and they were helped in no small measure by the mediation efforts of ICC Chairman Shashank Manohar.

BCB earlier only wanted to play T20Is and postpone Tests citing security reasons. That proposal wasn't accepted by PCB and it resulted in a lengthy stand-off with not so friendly statements emanating from both sides of the divide. There was a real danger that the tour would be called off but seems that cooler head prevailed after the meeting in UAE.

Regardless of how it came about, the tour agreement is a very big win for Pakistan. After being isolated for so long, Pakistan is finally starting to get full tours at home. They successfully hosted Sri Lanka for a full series earlier and now they are getting Bangladesh to do the same. With PSL scheduled to be hosted fully in Pakistan, things are going toward the right direction for them.

It is a good outcome for Bangladesh too as they haven't played much cricket in recent times. Furthermore, it gives them a chance to better their overall record against Pakistan. However, not having the services of their star player Shakib Al Hasan who is serving a ban, Tamim Iqbal who is battling a shoulder injury and Mushfiqur Rahim who has decided to opt-out citing personal reasons means that it is likely that Bangladesh will come to Pakistan with a weakened squad.

Bangladesh is yet to announce their squad but it should be available soon. The tour starts off with the T20I series and it will take place in Lahore from January 24 to January 27. Bangladesh and Pakistan have met each other on 10 different occasions in the T20I format with Pakistan winning 8 and Bangladesh winning 2. The last time these two sides met in a T20I was during the 2016 World T20 when Pakistan beat Bangladesh comfortably by 55 runs.

So, why apart from the obvious reasons of furthering good ties between both countries is this T20I series beneficial for Bangladesh team in particular?

To start with, Bangladesh cricket is still in shell shock after their disappointing 2019 World Cup campaign (particularly after that loss against Pakistan). It ruined their confidence so badly that they ended up with extremely poor results post World Cup. They lost to Sri Lanka 0-3, lost to Afghanistan 0-1 in a one-off Test, and were below-par in the triangular T20I series. They also did poorly in India and things haven't gotten better with the ban of Shakib and injuries of various players. This series is an opportunity for Bangladesh to make things better. This can allow them to fix their broken confidence and go back to better cricket and winning ways.

Secondly, Bangladesh is slowing approaching a transition phase. Players like Tamim, Shakib, Mushfiq, Mahmudullah are not that far from eventual retirements. It is, therefore, time for Bangladesh to identify new players who will be able to replace those guys. With the next World Cup being played in 2023, they need to start planning and grooming new players. This T20I series is an opportunity for them to find out potential international quality players. Youngsters like Afif Hossain, Mohammad Naim, and Aminul have the chance to make a name for themselves if they can help their side win against Pakistan.

Thirdly, there are two back-to-back World T20s coming up. With that in mind, it is important that Bangladesh plays enough T20Is to build momentum. A series win here can really give them a great momentum. It can also allow them to climb up their position in the T20I rankings ladder as well, which is also a good indicator of any team’s progress.

And finally, a point which can get lost amongst the stats and records of any game is the fact that the relations between BCB and PCB haven’t been great over the years. This series is an opportunity for both boards to break the ice and for bridge-building so that more bilateral tours can happen in the future. This tour and the T20I series, in particular, can be the first stepping-stone toward friendlier and improved relations as there really is no reason why these two boards should have constant conflicts.

In conclusion, this is a low-key series but one that is beneficial for both Bangladesh and Pakistan. Pakistan are looking to host successful cricket games in order to bring cricket back. Bangladesh is looking to build momentum and find potential new stars. Here's hoping that the tour finishes successfully and without incidents and provides entertainment for both sets of fans.