Preview of two-time Pakistan Super League winners Islamabad United's campaign as they look for a third title win in the 2020 edition of the tournament. 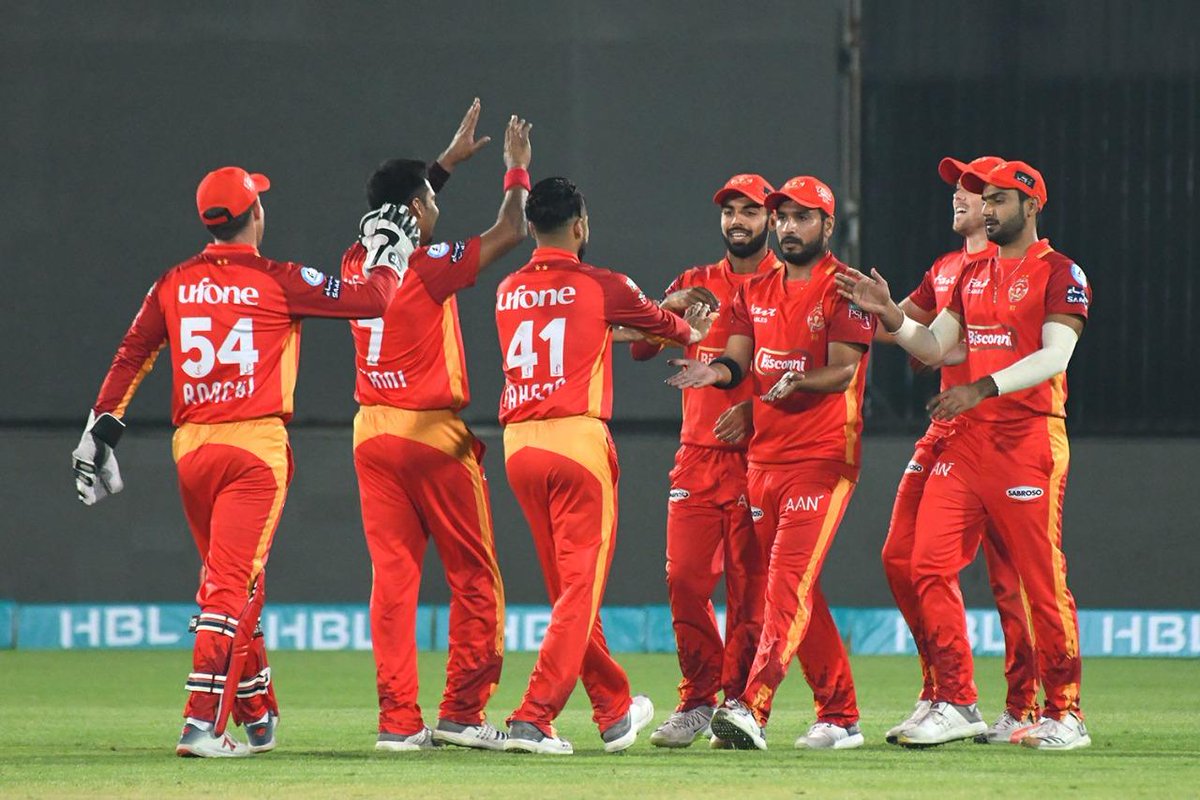 Islamabad United is a team which is not only known for winning the title twice and being the most successful PSL franchise, but also for making some bold moves throughout the history of PSL. That is what makes it a popular team amongst the fans as well. Their daring decisions include playing more than one emerging player on multiple occasions, to handing over captaincy to the youngest-ever captain in any premier T20 league, Shadab Khan, who is just 21 years old. At the same time, Misbah-ul-Haq who was associated with Islamabad United as captain, mentor, and player for 3 seasons, will now be coming back, as the head coach of the team. This appointment is a controversial one, according to some people, due to the conflict of interest factor. However, from Islamabad United's perspective, Misbah-ul-Haq was excellent as captain, winning two PSL titles, and they will be hoping he delivers as a coach too.

Overall, the core of the team is the same as the last few years with Shadab Khan, Luke Ronchi, Hussain Talat, Faheem Ashraf, Asif Ali and Amad Butt all present. The aim of the new management and captain would be to maintain the same dressing room atmosphere which has made Islamabad United the most successful PSL franchise. Misbah-ul-Haq would definitely know a thing or two about that, considering his success as captain/mentor. He will also have seen how Dean Jones, who was a constant phenomenon for 4 years at Islamabad United, operated.

Some new additions in Colin Munro, Colin Ingram and Dawid Malan in batting and a superstar platinum pick, Dale Steyn, in bowling will add strength and balance to the franchise, which some thought was missing last year.

At the same time, Islamabad United also has two of the most promising young and upcoming local batsmen in Rizwan Hussain and Saif Badar. Both showed a lot of improvement this year in domestic cricket and have the power game, which is required in T20s. In bowling, the promising Akif Javed is a new addition as an emerging player while Muhammad Musa will be representing the franchise for a second season. The spin attack also includes some impressive options in Shadab Khan, Zafar Gohar and emerging pick Ahmed Safi Abdullah.

With all being said regarding the other aspects, the biggest strength of Islamabad United, as always, is its all-rounders, an aspect which is important for every team in T20 cricket as it allows different combinations. With local all-rounders like Amad Butt, Shadab Khan, Faheem Ashraf and Hussain Talat, Islamabad United have the freedom to strengthen their batting or bowling, whenever it is required. Whilst other teams are happy to flaunt their powerful opening batting pairs, Islamabad are not far behind with explosive top-order options such as Luke Ronchi, Colin Munro, and Phil Salt.

A young captain in Shadab Khan and head and assistant coaches who are not the most experienced in their respective roles are some of the areas that can be referred to as weaknesses in the Islamabad United set up. Along with that, a lack of good local opening batting options is an issue too. Yes, Rizwan Hussain is available, but his impressive knocks for Central Punjab have come in the middle order which is a matter of concern. So, it will be something for Islamabad United's management to think about and decide if they want to opt for overseas openers, taking up two spots out of four, or will they be willing to risk opening with Rizwan Hussain and trying someone like Dawid Malan in the middle order?

Luke Ronchi, Islamabad United’s top-scorer is a name most people will be looking forward to watch, considering his super-human efforts in the 2018 season. The New Zealander helped Islamabad United to win their second title, and he was the top run-scorer in the tournament. He single-handedly destroyed all attacks that year. However, he is 38 now, so will he be able to replicate his previous form this year?

Colin Ingram played probably the best knock of PSL 2019 by scoring a match-winning century versus the eventual winners of the tournament, Quetta Gladiators. He will be playing for Islamabad United this season and they will be hoping for him to not only solidify the middle order but also energize it.

Akif Javed is a name that impressed many in the National T20 Cup 2019, with early movement with the new ball, a good action, and decent pace. He will be playing as an emerging player and will definitely be someone to look out for.

While other teams on paper look to have a few powerhouse players, two-time winners Islamabad United can't be taken lightly in any season; let alone a season where they seem to have got an impressive combination, in comparison to 2019. Islamabad United should be one of the teams at least making it to the playoffs if nothing goes horribly wrong this year.