Preview of the runners-up for Pakistan Super League 2018 and 2019, Peshawar Zalmi, as they look to go one step further this time and win their second PSL title. 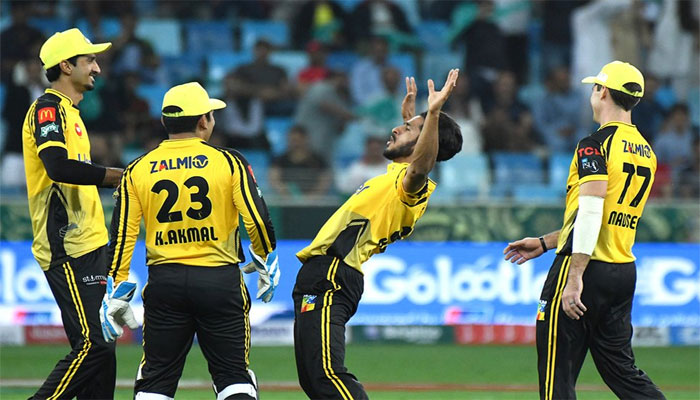 After lifting the trophy of PSL 3 in 2017, Peshawar Zalmi have since then entered consecutive finals and were the runners-up for the last PSL season in 2019. Led by the dynamic all-rounder from Saint Lucia, who has an impressive CV which includes two T20 World Cup wins as skipper, Darren Sammy has also successfully enslaved millions of Pakistani hearts. Besotted fans from all franchises flock to watch the West Indian own the Pakistani grounds as one of them.

Owned by Javed Afridi and with the Asian Bradman, Zaheer Abbas, at its helm as President, Peshawar Zalmi has been one of the most successful and professional franchises of PSL. And with the addition of Hashim Amla as batting mentor to partner Mohammad Akram, the head coach of Peshawar Zalmi, their success is only expected to rise. Hashim Amla, though not a batsmen remembered for his T20 exploits is an undisputed legend of the game and will bring his wisdom, calmness, and experience to the dressing room of Peshawar Zalmi.

It is, however, ironic that Peshawar “Zalmi”, which quite literally means youth, is notorious for stocking up their team with old and experienced players, most of whom are in the twilight of their international careers. In season 5 as well, to strengthen the dual units of batting and bowling, Shoaib Malik and Rahat Ali have joined the likes of Kamran Akmal, Wahab Riaz, Darren Sammy, and Kieron Pollard. It is, however, of utmost significance to add that they have still managed to boast of the impressive record of possessing PSL’s highest run-scorer (Kamran Akmal) as well as the highest wicket-taker (Wahab Riaz) of all time. Therefore, their squad age might be of little concern to them as long as their experienced players can light up the record books.

Peshawar Zalmi treasures the presence of both the first and second highest wicket-takers of the PSL in their ranks, namely Wahab Riaz with 65 and Hassan Ali with 51 wickets to his name, respectively. However questionable and wayward their performances might be for the national team, Peshawar Zalmi’s pace duo has consistently tormented the PSL batsmen to no end. And with the supremely experienced Rahat Ali and the upcoming U19 pace sensation in the form of Amir Khan joining the ranks to assist these two, Peshawar Zalmi’s pace quartet might well be a force to reckon with.

Too much experience might actually prove to be a weakness for Peshawar Zalmi. They depend a lot on their seniors and if they don’t put their hands up this time around, Peshawar might find itself in hot water. A lot will depend upon Kamran Akmal as the opener to set the base, Shoaib Malik as a middle-order batsman to guide the way and Kieron Pollard or Carlos Brathwaite (Pollard's replacement until 7th March) and Darren Sammy to provide some much-needed firepower towards the end. If these seasoned veterans bail out on their team, the likes of Imam-ul-Haq, Mohammad Mohsin, Adil and Umar Amin might find it hard to steady their ship.

Without an iota of doubt, all eyes this time around will be on Tom Banton, who Peshawar have been lucky enough to snap up in the draft. The explosive, dynamic, emerging wicket-keeper batsmen from England adorned headlines after his exploits in the Vitality Blast, BBL and T10 earning him a much-deserved call up to the England squad. The emerging players in the form of the two Amirs, Amir Ali and Amir Khan are also very exciting talents to look out for. Considering Hasan Ali’s downward spiral in the world of international cricket, his performance will also be under the scanner and Zalmi fans will hope that his international form does not extend into his PSL career as he has been their proven matchwinner, previously.

Considering the fact that Zalmi have witnessed three PSL finals up till now but have only managed to win one, they would be hoping to get over the line this time. They have tried their best to create a balance in all their departments and have managed to create a fairly balanced team with their batsmen, power hitters, all-rounders and both spin and pace bowlers. However, a lot will depend on their seniors and whether Peshawar Zalmi under the flamboyant captaincy of Darren Sammy will lift the PSL trophy for the second time remains to be seen.