Preview of the 2019 winners of the Pakistan Super League, Quetta Gladiators, as they look for back-to-back winners' trophies. 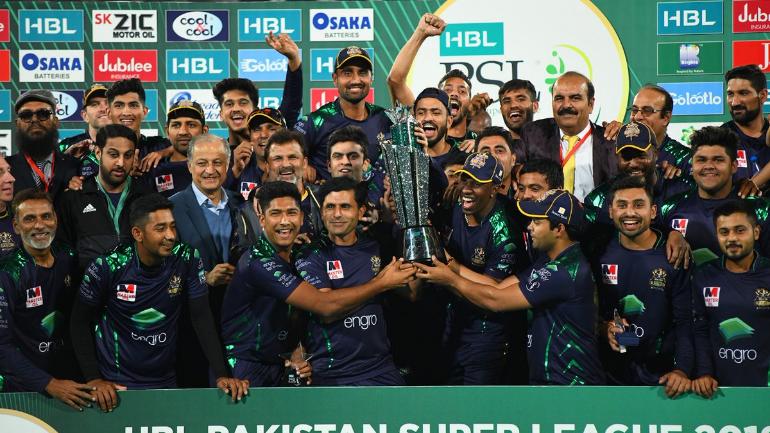 Consistency seems to be the byword for what Quetta Gladiators have achieved during their existence in the four seasons of the Pakistan Super League. Having finished as losing finalists on 2 occasions, the Quetta team finally proved their mettle by taking the title in front of a packed Karachi crowd by winning the final of the 2019 edition of the tournament. Whilst Sarfaraz Ahmed may not be the flavor of the season for his national side after he was asked to relinquish captaincy of the Test and T20I sides, the much-liked Gladiators captain did lead his PSL side to glory in 2019 with an eight-wicket win over Peshawar Zalmi and the fans will be looking for him to repeat the feat in 2020 as well.

There is little doubt about the fact that Quetta Gladiators have one of the strongest batting line-ups with the likes of Shane Watson, Ahmed Shehzad, and Umar Akmal. All three have proven to be among the most dominant batsmen in the tournament. Whilst not as prolific as in his U19 years, Sarfaraz Ahmed has led his side admirably as is the most successful captain in terms of victories at the PSL. Quetta has an uncanny knack of chasing totals as they showed in 2019, where they were successful seven out of nine times while batting second. With Watson as their mainstay once again in 2020, Quetta Gladiators will look for his dominance to be ably supported by the brilliance of Ahmed Shehzad who, for all the negativity he gets at the international level, is a force to be reckoned with at the PSL. Jason Roy can win games by himself and if you wish to experience the raw adrenalin of fast-pace, Mohammad Hasnain and Naseem Shah could well set the pitch on fire to the discomfort of opposition batsmen. Add to the mix the likes of Mohammad Nawaz and Ben Cutting and we have a pretty exciting PSL 2020 squad for Quetta.

Sarfaraz Ahmed could well be carrying scars of his fall from grace at the international level and may be trying too hard to prove himself, which could well be his downfall. And who better to self-destruct in spectacular fashion than Umar Akmal who, despite all his talents, is a bit of an enigma. The risk of a Umar Akmal blow-out mid-tournament is a real one and should worry Quetta planners. And when we speak of jokers in the pack, one can look no further than Ahmed Shehzad and the fiery Sohail Khan – each one of them quite capable of giving Sarfaraz Ahmed headaches he can do without.

Naseem Shah - What more can be said about the kid who captured the imagination of the world by debuting at an early age for Pakistan and then picking up a hat-trick in front of thousands of doting fans? The youngster will be full of confidence and ready to go for Quetta and should he stay fit, his pace and control will destroy some good line-ups in the PSL.

Mohammad Hasnain – He was the talk of the town in 2019 with his lightning-quick speed and has been with the Pakistan T20I setup since then. A lot will be expected of him as he brings his international experience to the fore and with Naseem, he could form the dream bowling partnership at the PSL.

Zahid Mehmood – Chosen in the supplementary category, could he actually get a game for Quetta in the PSL? A leg-spinner of some talent and considered one of the top talents in the county, a brave Sarfaraz Ahmed could get him in the playing XI at some stage in the tournament. If that does happen, Zahid does have the talent to cause some upsets and that could well become the great success story of PSL 5.

It would be a great story if Quetta retains the title this year but they will be up against other franchises who in theory have learned their lessons of the past and will battle hard. A line-up such as Quetta is expected to get to the play-offs and a finals slot is also very possible. Taking the title the second time will be tough and a beaten finalist tag looks more than likely.