An overview of Round 1 of the Quaid-e-Azam Trophy in the newly revamped domestic cricket system. 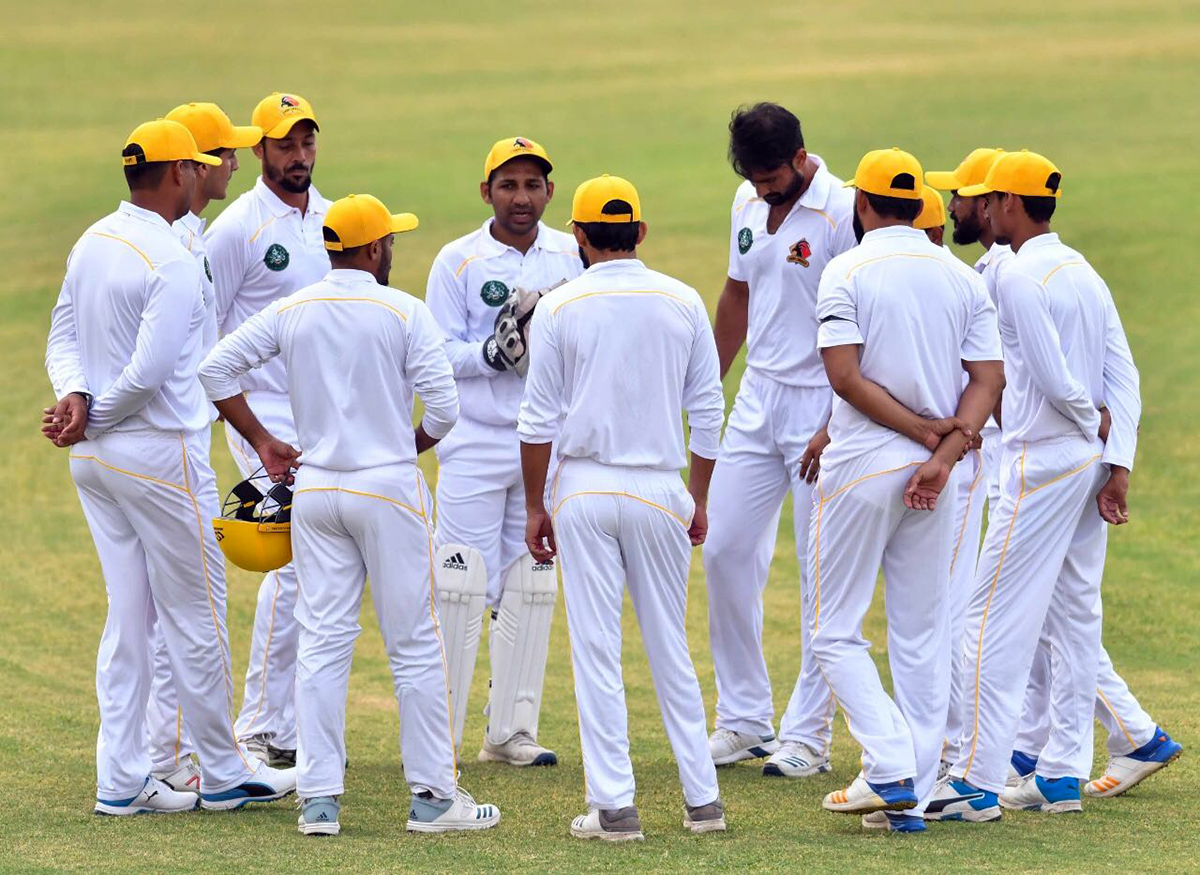 So, the much anticipated first round of the Quaid-e-Azam trophy has ended. Despite my extremely busy schedule these days, I was able to watch some parts of the Punjab derby. From the telecast, the first impression was that I finally got the feeling of a proper First Class game – as a whole, quality of the players was much superior, players' body language showed maturity and I felt the meaningfulness of the proceedings; players looked to put a serious effort and the intensity was there. A couple of batsmen (openers) remained not out with double hundreds, which itself is a positive despite the flatness of the wickets.

It takes lot of mental endurance to bat for 6 sessions and couple of openers did that; another middle order batsman batted for 176+ as well, which is encouraging – batting is a process oriented skill, learned methodically and applied in the middle, no matter what so ever is the condition. It takes only one mistake to be out. In terms of bowling as well, the wickets were quite heartless, but still one positive is that spinners were able to put long, long spells, something that was missing in Pakistan’s FC cricket in both perspectives – spin bowling & spin playing.

The start of a new, reformed domestic system was the cry of the hour therefore despite all sorts of negativity, a successful start of the journey without any major obstacle itself was a great success for PCB – must appreciate and Kudos to the functional people behind the efforts. Together with the payment structure, the ownership of representing a region and the higher level of competitiveness, I am sure we’ll see much better desperation from Pakistani players (as a whole) for the cap.

Of late, I often found in recent Pakistan team (s) a tendency to leave the contest halfway, which wasn’t the case when I started watching the game; but first round already has given a little surprise to me. Umar Akmal tried to construct an innings from No. 3 and Asif Ali batted out for a hundred on the 4th day to save a game after following on. Maybe, there were many other brighter points I missed, but the start isn’t disappointing for sure, though all three games ended in draws, but in context of 2 innings game, a draw is a result as well and grinding out a draw after 2 days of fielding itself is a baptism for recent Pakistani batsmen.

Coming to the negative side, I have to say that the wickets were disappointing. The wicket for the live telecasted game at least had something for the bowlers in the morning session, but the other game at Karachi was an absolute shocker – 14 wickets in 4 days is just not FC cricket, that too considering a few wickets were taken by part-timers, when the innings/game was buried. But, more concerning issue is that game had a run rate of 2.4 – probably the best exhibit of an absolutely dead slow track that doesn’t offer anyone any hope in the game. Besides that, from the 3rd game between KPK & Northern Region, it’s clearly evident that Pakistani wickets are not breaking enough on Day 4 for spinners to come into play. Therefore, despite every praise, PCB has to come up with a benefit management plan of this effort (tournament), which I am sure has to start from the wickets.

Having said that, we need to look it from the opposite perspective as well – which one is worse of the two, a shocker of a track that doesn’t give batsmen any confidence on their technique to survive and artificially inflating (deflating) bowling stats or a dead track where the function of batting success is more with value for wicket rather than the stroke play, for which past Pakistani greats were famous for. I’ll definitely pick the second one, because at the end of the day, it’s batsman who needs to be perfectionists – batting for hours itself is a mental challenge, no matter what’s the condition offers.

A batsman can build his striking range with time and on better wickets, but what is systematic production is the ability to be perfectionist and bat for sessions together with zero tolerance. Also, a flatter wicket challenges bowlers to raise their output, in terms of skills, guile, versatility and obviously endurance. Therefore, it wasn’t the worst thing that could happen, but obviously PCB has to bring professionals to induce more pace, carry, bounce & versatility in their wickets.

Finally, another major observation is that, the game duration (overs played), is just not enough for a FC game. Roughly, 3 games have allowed a playing time (overs) of: Sindh-Balochistan – 343 overs; Punjab derby – 314 overs; KPK-Northern – 340 overs. That’s simply not enough and with the QeA tournament going into October to December period, things will get from bad to worse. The Sindh-Balochistan game was dead from day 1 (237/2, 90 overs is simply ridiculous in any era of cricket), but the other two games could have seen a direct W/L result in a proper duration game, which has to be a minimum of 380 overs, better 400+. Eventually, this shortened games will force teams to focus on first innings, play negative cricket and waste time for survival/avoid defeat, which will definitely compromise the outcome of a revolutionary effort from PCB.

To force results, making wickets under-prepared, or declare innings (after some soft blowing upon agreement) is the ultimate recipe for disaster – it’s better be a boring draw, rather than a compromised result, it’s almost like a fixed game to ensure that someone is getting the additional points for a direct win. Pakistan's winter day light duration isn’t going to change, artificial lights are not effective for red ball cricket and PCB isn’t willing to spread the FC season between February to May period; but we can always think of alternatives.

Imposing over-rate fines can improve situation, but either way, we are not going to get more than 330 minutes of playing time – deep into autumn and in northern Pakistan, even 300 minutes will be a stress going forward. Just 10 rounds of game & each team is playing in each rounds – for a change I would suggest PCB should convert these 4 day games into 5 day games and ensure 420 overs are possible to be bowled. That’s my only suggestion (read food for thought), after Round One, otherwise it’s quite an encouraging start.

Best of luck for the next round.