Azhar Ali and Babar Azam are performers, and possess the ability to lead from the front for Pakistan

Many thanks to @Titan24 for this write-up regarding the recent captaincy changes in the Pakistan side. 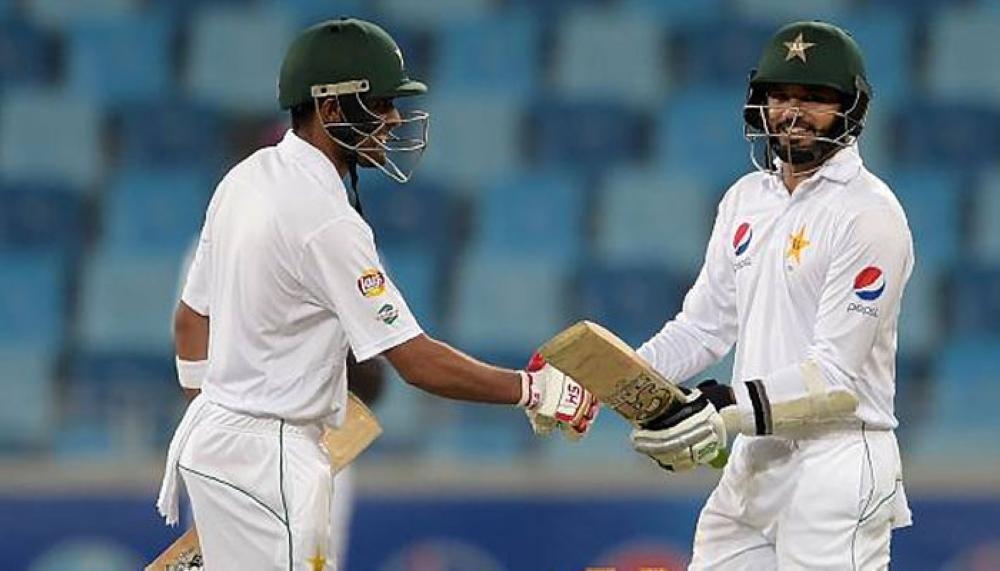 Another chapter and era of Pakistan cricket appears to have concluded - the twilight of Sarfaraz Ahmed's career. While the new Head Coach-cum-Chief Selector Misbah-ul-Haq and bowling coach Waqar Younis will be thinking about their next series assignment in Australia, Sarfaraz will be pondering over his future.

From leading Pakistan to an Under-19 World Cup win in 2006 via a thriller of a final against India to winning the ICC Champions Trophy 2017 against the same arch-rivals, there is one thing which nobody can have any doubt about and that is the passion for the game Sarfaraz had from a young age. He wasn't the most naturally gifted cricketer but with his hard work, he got into Pakistan's national side when he debuted in 2007 in ODIs. However, his struggles didn't stop there as he was dropped soon after his debut. Between 2007 and 2011, he played a few ODIs and 1 Test match but couldn't do anything of note. It was 2012 when he played his first gutsy knock of 46 not out in the Asia Cup final against Bangladesh, which Pakistan won. It was the 2014-2016 period when Sarfaraz hit his purple patch and scored three 100s in the Test format alongside 2 in ODIs, and in 2015 he became part of the World Test XI.

If only Sarfaraz would have continued to show the same passion he showed as a young player towards the game of cricket to improve himself as a cricketer and a leader in recent times, things could have been different. But, since the CT17 win, not only did Sarfaraz fail to improve, rather he deteriorated in terms of his performances, leadership and fitness. This was reflected in the team's performances as well which lost every important match and series since 2017 with the exception of a T20I series win and 1-0 win over Australia in a Test series in UAE. With a dropped catch in his last T20I against Sri Lanka, his keeping which was once considered one of his main weapons over his predecessor Kamran Akmal, let him down in what was possibly the final nail in an already deep coffin.

Almost every successful captain in the history of cricket not only made the team on merit, but rather was one of the best players on the field or a powerful personality inside the dressing room. That is because as a leader, you need to be able to inspire others and that can only be done by leading from the front and earning the respect of the players in the dressing room. Considering all this, it was high time for Sarfaraz to be removed from this position, though it would have made more sense if the decision was made in tandem with the appointment of the new coaching staff. That would have enabled a smoother transition process, but nevertheless it was a much-needed decision.

In the Test format, Sarfaraz Ahmed has been replaced by Azhar Ali, a decision which has resulted in mixed reactions from Pakistan fans. There are a few cons to consider; Azhar Ali has been out of form for the last 2 years, with an average of just 25 with the bat. At the same time, he is 34 years old and has been struggling with knee injuries for the past couple of seasons. However, taking into account the lack of options in the Pakistan Test line-up, Azhar Ali being the most experienced and statistically the best batsman after Younis Khan and Misbah-ul-Haq over the last decade was arguably the strongest contender for the role.

One factor that can work in favour of Azhar Ali is his experience as a Test player: He has been part of a successful Test unit which reached number 1 in the Test rankings. He also has some prior experience of leading at domestic level as well. While he had a pretty forgettable tenure as ODI captain, that was not a format he should have captained in to start with, considering his temperament and style of play which wasn't suited to 50-over cricket. That stint shouldn't affect the expectations from him in the Test format, where he is an established cricketer with prior achievements. Sarfaraz hasn't left much of a legacy in Tests for Azhar to live up to with Pakistan struggling at #7 in the Test rankings, unlike the team Sarfaraz himself inherited which was unbeaten at home for almost 6-7 years. The appointment of Azhar may also be a stop-gap measure, until Babar Azam finds his feet in the Test arena and becomes ready to take over.

Replacing Sarfaraz in the T20I format, where he has left a legacy with Pakistan still being the number 1 ranked side, with 11 consecutive series wins not too long ago is not an easy task. The wonder boy of Pakistan cricket, Babar Azam has been tasked with this responsibility. Currently ranked as the number 1 batsman in this format, Babar is also ranked number 3 in ODIs. Being amongst the fastest in ODI history to 2000 and 3000 runs, along with being only the third Pakistani to score three consecutive centuries, everything Babar has touched in LOIs turns into gold. The young batsman has the world at his feet in LOIs and is now leading the World's number 1 T20I side, with a T20 World Cup coming up next year. He has experience of leading Pakistan in the Under-19 World Cup and has been given an opportunity to lead the Central Punjab team in the 2019/20 domestic season to gain much-needed experience. He scored a hundred in his first T20 match as captain, to show glimpses of what he is capable of. Babar has been the best performer for Pakistan in LOIs since his arrival on the scene; all factors considered, he is the right choice to be T20I captain and he can eventually take over Pakistan's ODI team as well next year.

Both Azhar Ali and Babar Azam fulfil a basic trait to be a good captain in cricket, and that is that they are both performers and have won Pakistan matches. Thus, they will be respected by the dressing room and possess the ability to lead from the front. Whilst people may be right regarding their apprehensions towards Azhar Ali's recent form, but a dozen Test matches shouldn't define a player of his calibre.

At the same time, people may be wary that the added responsibility of captaincy can hinder Babar's batting. At the same time, we need to realise that the opposite may happen, as we are seeing with some other captains in international cricket who are also the best batsmen of their respective teams and have gotten better after becoming captains.