Pakistan squads for Australia: Misbah-ul-Haq has shown that he is ready to experiment and try new players

A member of the PakPassion forums reviews the squads Misbah-ul-Haq has selected for Pakistan's upcoming tour of Australia. 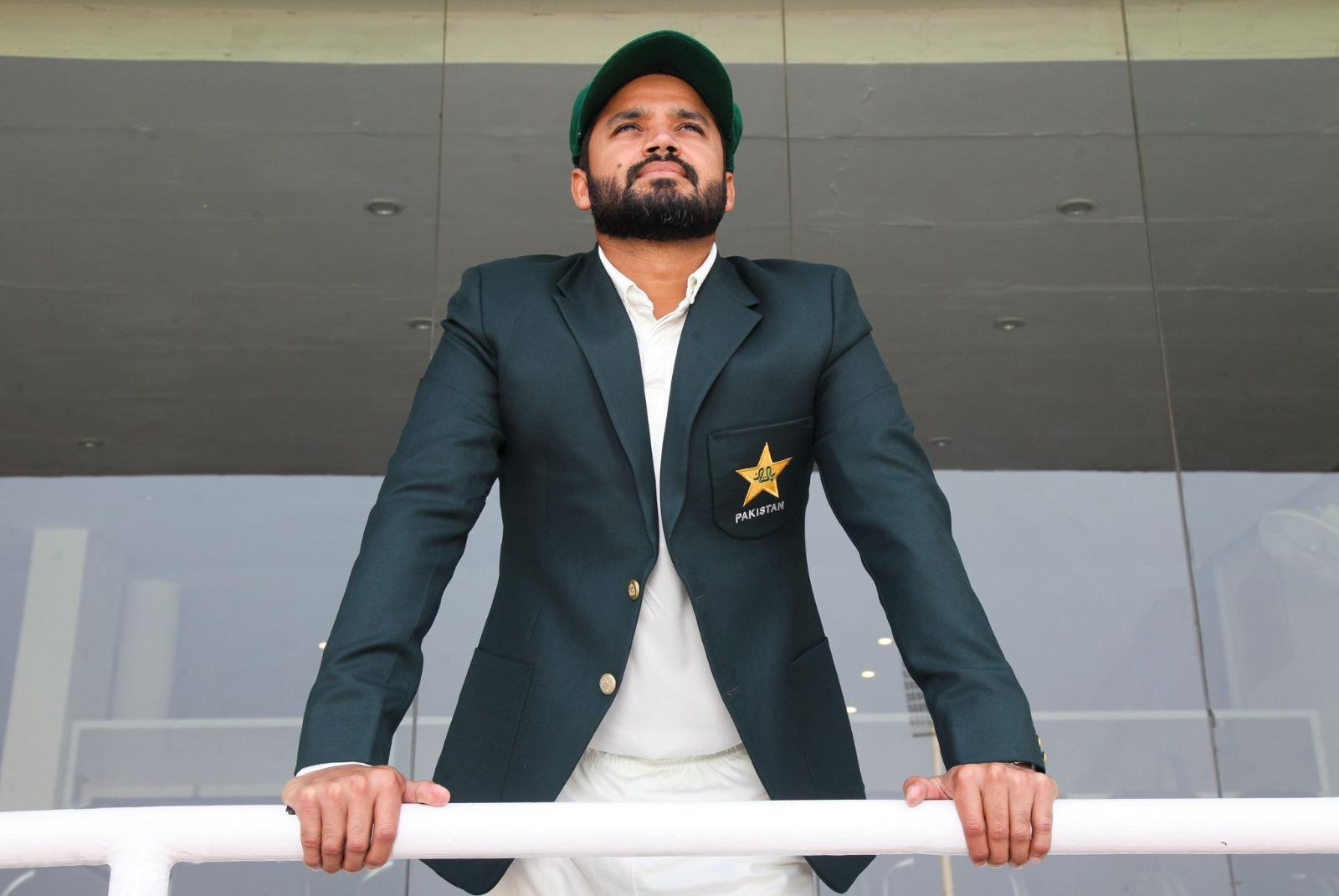 The Pakistan cricket team commences the much awaited Australia tour in few days’ time and this time, there is added significance of the tour. The Test tour is part of ICC Test Championship, while the T20 leg is a massive (and final) opportunity to have a look at the T20 squad for the T20 WC in Australia within a years’ time. It's the first major test of the new management, one that has a completely new look to it – new coach, new selector, new captain(s) and a new philosophy in management style where the head coach is selecting his players for the tour. After being shamefully clean swept by an under-strength Sri Lanka side, at home in their strongest suit (T20), Pakistan cricket must be shell shocked. However, everything can be brought back on track with a good show Down Under, while another disastrous trip might end up with a few heads rolling prematurely. So far, the tour preparation is great – there is a bit of decisiveness in the proceedings, the team is selected and quite a few surprising faces have been picked, and they are planning to leave early to acclimatise and I see a certain added focus on the Test series, which indeed is worth applauding.

Looking at the Test squad, I tried to understand the thought process of the selectors. This is the Test squad selected for the 2 Tests.

It’s quite a mixed bag actually with two polarised ends – several new players in a squad with some experienced players, may be I would rather say few too experienced, over the hill players. Among the 16 players, I can see there is a good generation gap among players: a bunch of players who are there for over 5 years, while several players are making their way in the last few months. This actually tells us that in the last 2-3 years, there wasn’t enough transition and that back log has resulted in PCT touring AUS with probably it’s most inexperienced attack since the first tour in 1960s. I can give some space for the Inzamam – Arthur era as well in this regard, considering the sudden retirement of Amir and Wahab, and injury to Hasan; probably all three were expected to make the Test squad, if available.

The squad is composed of 3 openers, 5 middle-order batsmen, 1 WK (& a back-up keeper in Abid), 2 specialist spinners and 5 pacers. From a combination point of view, I have to give 10 out of 10 to the squad – they have covered every possible base and there is a healthy back-up for every spot. Only criticism could be that they haven’t picked any all-rounder, but it’s better to pick specialist instead of bits & pieces cricketers in the name of all-rounders, for the sake of it. Maybe my only consideration could have been Shadab over Yasir, considering the fitness, form and past record in Australia, but Shadab himself faded away alarmingly.

Among surprises, first one is definitely the absence of Sarfaraz – from the glory of captaincy in three formats, within a week he has been dropped from both the Test & T20I squads and has been replaced by a man who was unfairly blocked for at least a year now. But, that puts added responsibility on Rizwan as well to perform, hold on to his spot and keep Sarfaraz at bay. Once Sarfaraz was removed, it was almost certain that one of Azhar or Asad will replace him as Captain, so no surprise there; but I was expecting Asad to be front runner considering he was the unofficial deputy to Sarfraz in the last few Test series. At the end, it probably doesn’t matter because I believe it’s a stop-gap solution to bring Babar into comfort eventually.

For the starting XI, I think they’ll need to see till the last moment on the combination, tour form and condition. The 1st Test is likely to be played on a recent high scoring Gabba track, which is quite uncompromising to spinners, while 2nd Test is a Pink ball Test, again not suitable for spin based attack. Therefore, there is absolutely no way PAK can pick two spinners, probably even one is too many for an Adelaide D/N Test. It’s extremely critical that Haris remains fit and he is capable of bowling 23-25 overs/Test, which would allow for a 6-4 combination. In that regard, Yasir’s selection is redundant, but his overall record is so good that I believe this was one choice to keep the critics silent, otherwise 16 players for 2 Tests wasn’t necessary.

The biggest surprise were the fast bowling picks. They have the reflection of both Misbah’s captaincy era and old Pakistan’s style of unleashing youngsters from nowhere. Imran Khan sr. is indeed a surprise pick but perhaps the consideration was that he is the only pacer in this squad with previous experience of bowling in Australia. After Amir, Wahab, Hasan and Sohail (Khan) left out, they had to pick at least one such pacer, though I am not sure why Imran got preference over Rahat – doesn’t matter much I guess at the end. I myself am waiting eagerly to see Shaheen in Australia, have absolutely no clue of what Musa or Naseem can do there (but must admit, not comfortable with their height for Australia). I probably won’t have taken both rookies, rather would have picked Ehsan Adil or Sameen Gul. Overall, this is what they have and if one of the 3 kids picked can sustain an Australia tour with dignity, it’ll be the ultimate gain from this tour.

The batsmen almost pick themselves – only dilemma is between Imam and Abid, because the other four spots are sealed. Personally, I’ll pick Abid and partner him with Shan, but they might opt for the opposite, which probably doesn’t matter much. I wish captain Azhar doesn’t bat at 3, rather he should bat at 5, though that’s not happening. If he wasn’t captain, I probably would have said drop Azhar and bat Shan at 3.

My starting XI for the Tests is: Abid, Shan, *Azhar, Haris, Babar, Asad, Rizwan+, Kashif, Shaheen, Abbas, Imran. For the 2nd Test, maybe they can think of dropping Kashif for Naseem.

I still believe PCT will do great to bring the Aussies to the field for more than 8 days out of 10, if not less, unless it rains for a couple of days in both Tests, but a 8.5/10 for the squad from me, and it’s a damn good selection among the available players.

The T20 squad is quite surprising for many, but there is a specific purpose for the T20 squad and I actually do appreciate Misbah’s squad for a few picks.

A few things are clear from this squad:

1. It’s a squad specifically picked targeting 2020 WC in Australia
2. Misbah is trying to build a T20 specific squad
3. They have finally identified that T20 is a bowling game – instead of 2-3 all-rounders, one should pick 5 bowlers on bowling merit and extract few good hits from them
4. Misbah understands the importance of spin attack better than most – Imad is the best T20 spinner from PAK, but what Misbah has done is that he has picked two leggies, means one will definitely play and there is a fair amount of competition for that slot, must appreciate that understanding.

There are few surprising picks among bowlers – Usman, Musa, Hasnain and definitely Irfan. Usman is easily explainable, probably Musa as well after his last spell and Pakistan is trying to invest in Hasnain for his raw pace. The biggest surprise of both squads for me was Irfan, but I can find a logic there as well. Despite being over-age, this guy is bowling immaculately in T20 games – he is the stand out bowler in the National T20 Cup, not long back he had unreal bowling figures in a CPL game and on those Australian tracks, he can extract fear out of batsmen. Also, his other purpose is to keep Shaheen out of the T20 squad, which itself is progress. He is there to bowl 4 overs, preferably in one spell and if he can do that for just one more year, Pakistan has got an eventual game changer in the T20 WC. Wahab deserves his spot in squad for his resilience and of late, batting success – I just wonder, why this guy didn’t try this route 12 years back, he had great potential. Only problem I can see is that, including Imad & Haris, PAK is planning to field 5 left-armers, and a leggi, all six bringing the ball into 3-4 Aussies batting left-handed. For the bowling picks, I would have definitely picked Sameen Gul instead of Hasnain, but otherwise quite decent picks.

The batting picks are surprising but to the task, I believe. All criticism intact, I’ll always keep Asif Ali in my T20 squad, because he has unmatched hitting ability among Pakistani players – if he can come out of that mental block of playing an international game, no reason why he can’t do something similar to what he does in T20 leagues. Though his game doesn’t suit T20, but I have to appreciate Imam’s performance in National T20 Cup – he has earned his spot, though I don’t expect him to start. Khushdil was knocking on the door for a few years during Inzamam’s time, finally his opportunity has come and like Asif, his game suits T20 as well – these two can be Pakistan’s game changers in the middle overs.

Finally, the captaincy – once Sarfaraz was ousted, it’s good to see that PCB is planning for future. Otherwise, business as usual; 12 months before next the next World Cup (and 20 before the following one), it was an easier choice to appoint someone like Imad or even Amir; but the boldest decision was taken, may it work. Pakistan can perform with a non-performing Captain in Babar (the previous one wasn’t the sharpest tool either), but what PCT won’t be able to cope with is a non-performing batsman Babar. I, for one, was interested in appointing a bowling captain for Pakistan, to keep the batsmen mentally free, but the punch is thrown – Babar better toughen up and take it on chin. T20 isn't a tactical game, but Babar has to show energy and initiatives in the middle - body language is extremely important here.

It’s a better XI than the corresponding Test XI, but still might not win against the Aussies, who have put their possible best squad for T20s after many months. Again, 8.5/10 from me for the T20 squad – at least Misbah has recovered some trust that he is ready to experiment and try new players (though not necessary that the new players are always young...).