The last time a team had breached the Australian fortress at Brisbane—it was 1988 and the likes of Courtney Walsh, Curtly Ambrose and Malcolm Marshall had run through the Australian batting line-up—decimating them to a meagre 167 all out in the first innings. The West Indies eventually won that Test match by nine wickets. 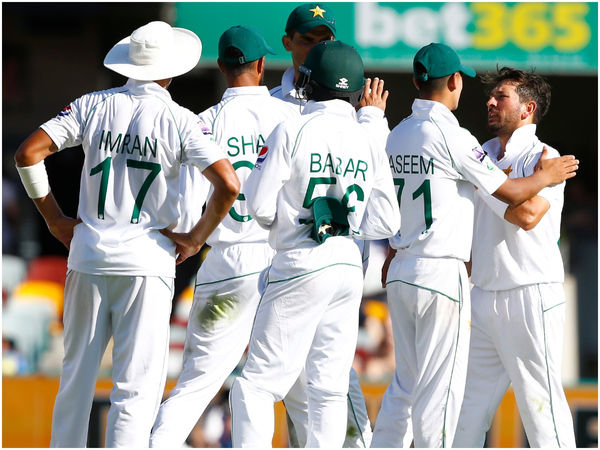 So 31 years later, when Pakistan showed up at the Gabba with a pace battery of two teenagers and a 32-year old with 28 Test wickets making a comeback after nearly three years—pitted against a resurgent Australian side which had just managed to retain the Ashes in England; as well as counting one of the greatest-ever Test batsman and the world’s number one-ranked Test bowler in its ranks—no neutral observer was expecting the unexpected.

One can dissect the ensuing match from many different perspectives. What if Pakistan had managed 60 or 80 more runs in the first inning? What if Mohammad Rizwan was given not out of that Pat Cummins’ no-ball? What if Mohammad Abbas had played instead of Imran Khan Sr.? Yet in honest hindsight, the result is exactly what most would have predicted on paper: a resounding defeat by an innings and five runs, and a rocky start to Pakistan’s World Test Championship.

With the Brisbane Test match behind them, Pakistan now head to Adelaide for the second and final Test match of the tour. Is there reason to expect a different result this time round? Can Pakistan come back from behind and finally pull off their first Test victory in Australia since 1995? Is even a draw possible?

The fact is that the likeliest outcome is still a comfortable win for Australia. But just as it was irrationally optimistic to expect Pakistan to win the first Test match at the Gabba, it would be unreasonably cynical to write them off for the second Test match at the Adelaide Oval.

There are three main reasons why Pakistan can surprise the Australians and potentially even level the series this time round. First, the main game-changer at Adelaide is that it is a day/night, pink-ball Test match. Now the Australians have won all five of their day/night Test matches so far, but this format also gives the Pakistanis a slight advantage. The pink-ball increases swing and seam movement in the game and gives the Pakistan bowlers a better chance at attacking the opposition batsmen.

The main difference between the Pakistani and Australian pacers at the Gabba was bowling discipline; and the Pakistanis’ inability to hold a line or length long enough to trouble the Australian batsmen. Chalk that down to inexperience, lack of practice, or match pressure—but if the ball and conditions can help the Pakistan pacers more at Adelaide than they did at Brisbane, it will give the likes of Shaheen Shah Afridi, Naseem Shah or Mohammad Musa better wicket-taking chances even if they lack the bowling discipline of Pat Cummins and Josh Hazelwood. This is close to how Pakistan absolutely dominated a formidable Australia A side—in their day/night practice game at Perth two weeks ago—which included nine Australian internationals. Australia A were reduced to 57/9 in under 24 overs in the first innings—with the likes of Joe Burns, Usman Khawaja and Alex Carey all sent back before reaching double figures.

This leads into the second reason why Pakistan could be a force at Adelaide: there are chinks in the Australian armour. Yes, the Australians scored 580 runs in a single inning at the Gabba. But the Pakistan bowlers can be forgiven for their one bad day out in the team’s first Test match in ten months; and equally so if they can repeat their bowling performance from Day 3 then the Australian batsmen will find it tough to post a total which takes the match away from Pakistan. David Warner might have scored a 150 in the last match, but he made only three runs off 25 balls on Day 3 before losing his wicket when Naseem Shah regularly challenged him in his vulnerable areas. Before the Brisbane Test match, Australian batsmen in the same line-up including Warner, Travis Head, Matthew Wade and Tim Paine, were struggling for form and can be tested still if Misbah-ul-Haq and Waqar Younis can get the bowlers to execute plans against their documented “blind spots”. If the Australian top-order loses early wickets—Pakistan can be right in the game.

The third reason for Pakistan’s elevated chances for this game will be the forced changes brought on by the performances from the last Test match. Mohammad Abbas will most likely return in place of Imran Khan Sr. and will give Pakistan much needed leadership, experience and discipline in the bowling attack after being inexplicably benched for the first game. A third opener, most likely Imam-ul-Haq, will be added to the top three in place of the out-of-form Haris Sohail which could give the batting order more stability against the new ball. After his defining century at Brisbane, Babar Azam could be promoted to bat at number four, with Asad Shafiq, Iftikhar Ahmed and Muhammad Rizwan to follow—all moves which could strengthen the Pakistani line-up at Adelaide.

As the final match of a (so-far) forgettable Australian tour beckons, Misbah-ul-Haq’s team will be out searching for Pakistan’s first Test win in over a year. Questions over tactics and selections hang in the air and another loss will only make them louder. Players too are feeling the heat—Haris Sohail’s expected axing will be a wake-up call for others. Captain Azhar Ali has to score runs and take more charge of on-field tactics if he is to justify his place in the side; Iftikhar Ahmed has to contribute with the bat and ball if he is to be a mainstay in this Test line-up; and Yasir Shah has to control the barrage of runs scored against him if he is to be Pakistan’s premier spinner in Test matches overseas.

In the end, it’s all down to what happens at the Adelaide Oval over the weekend. An uninspiring loss is expected by most. A respectable draw will give everyone a temporary reprieve. But if this team somehow pulls off an unlikely victory and breaks a streak going back 24 years—all faults will be forgotten, all mistakes forgiven.

It can happen. Will it happen? Your guess is as good as mine.