If Pakistan is to avoid further humiliation in the future, then it must look to invest in properly trained junior age group coaches. 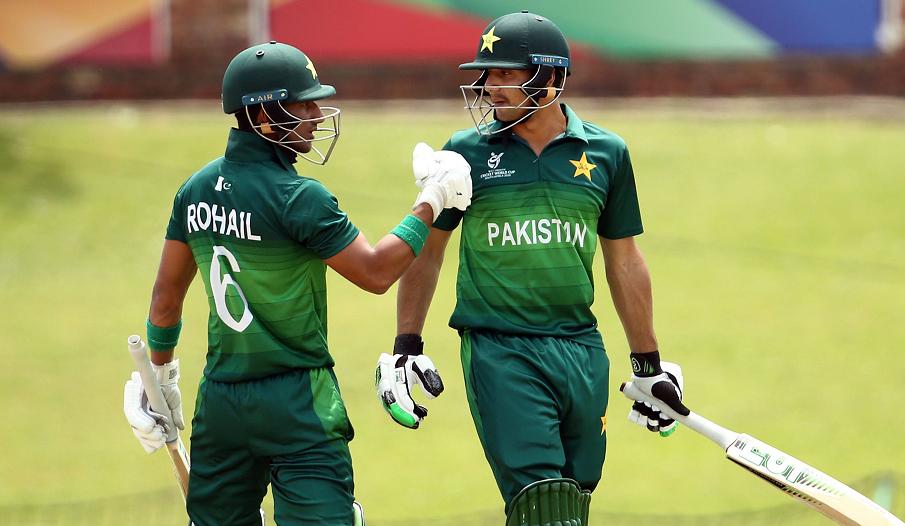 Another World Cup campaign ends at the hands of India. It’s becoming a familiar tale whether the senior team or juniors are involved against the old enemy. Pakistan does not simply suffer from a mental block, but a technical block against India who looked far superior in all departments in the semi-final of the 2020 U19 World Cup in Potchefstroom. It was another grim reminder of the widening gulf between the two archrivals.

To India’s credit, their bowlers gave nothing away. Kartik Tyagi and Sushant Mishra rarely erred with their lines and lengths and denied Pakistan’s batsmen the opportunity to free their arms. India is now producing a pace bowling factory that was unthinkable 10-15 years ago. Pakistan, meanwhile, never looked capable of taking a wicket as the impressive Yashasvi Jaiswal looked in full control of a modest run chase. Only Haider Ali and Rohail Nazir contributed meaningfully with a pair of fifties but the next highest score was 21, and the last six wickets fell for 26 at a time when Pakistan was looking to accelerate.

Despite the burgeoning reputations of Haider Ali and Rohail Nazir, who benefited recently from First Class exposure in the Quaid-e-Azam Trophy, neither were able to make an impression bar fifties in the final match vs India. They were Pakistan’s most seasoned batsmen but their technical deficiencies became apparent. Haider, whilst an eye-catching batsman, must find a way of combatting the short ball and improve his strike rotation. Rohail meanwhile looks far from ready for international cricket. Neither look in the same league as the impressive Jaiswal.

There were positives elsewhere in the camp. The big-hitting of wicket-keeper batsman Mohammad Haris and allrounder Qasim Akram propelled Pakistan to a matchwinning total vs Zimbabwe, while Mohammad Huraira steered Pakistan home in what could’ve been a potentially awkward run-chase against Afghanistan and their spin threat. Huraira especially looks an exciting prospect coming off an impressive showing in the National U19 One Day Cup held last October where he averaged 68, and in the Regional U19 Inter-District tournament last January where he averaged 136 with two tons to his name. His style of batting bears an uncanny resemblance to Babar Azam and a First Class contract surely beckons. However, the trio all failed in the big game vs India, with Akram involved in a comical runout with his skipper Rohail.

Ijaz Ahmed said upon appointment as U19 coach that he would transfer all of the credit onto the players, and take all of the blame upon himself. Ijaz must then prepare himself now for the criticism rightly coming his way. The first place to start is the selection of all-rounder Fahad Munir at #3. Munir failed in his two outings in the 2019 U19 Asia Cup and in the seven-match Youth ODI series in South Africa yet was promoted to a position normally reserved for a side’s best batsman! Munir scored a slow fifty against lowly Zimbabwe in the second group game followed by a painful 2 off 18 vs Afghanistan, and a 16 ball duck against India, ending a torrid tournament with an average of 18 and an SR of 48 – slow even for Test match standards.

One must, therefore, ask on what basis were the selectors picking batsmen for the World Cup? Why did the junior selectors pick only two of the top seven runscorers from the National U19 domestic one-day tournament?

The bowlers looked ordinary and a level below the 2018 class that produced Shaheen Afridi and Arshad Iqbal. Despite the hype surrounding Mohammad Amir Khan and Tahir Hussain, neither were express pace. Khan especially needs work on his run-up and action. There was also no sign of Pakistan identifying big turning spinners, and continue to produce an abundance of wicket-to-wicket darters.

So why is Pakistan walking away from another U19 World Cup empty-handed? If Pakistan is to avoid further humiliation in the future, then it must look to invest in properly trained junior age group coaches. The most critical time for any aspiring international cricketer is the early years between 13 and 21. During this age, the basics are ingrained into one’s head. Yet the number of U19 cricketers produced recently with technical deficiencies, inability to find the gaps or bowl in the same area consistently is a damning indictment of Pakistan’s grassroots infrastructure.

How can it be that at the same age, India’s youngsters look so technically assured, full of confidence and looking unfazed by the rigours of top-level cricket? It is because India has invested the dividends of their cricketing boom in exactly the right areas – school cricket, academies, junior coaching and upgrading facilities. It’s all well for the PCB to ensure the wellbeing of the national team and launching glitzy events like the Pakistan Super League, but it’s the strength of the grassroots game that’ll determine the future direction of Pakistan cricket. The string of poor U19 results in major tournaments is a direct result of years of neglect and chronic underinvestment. One wonders how low Pakistan cricket must dink before the penny drops with Pakistan’s administrators.