Pakistan's reliance on a systemic approach towards achieving better standards in cricket is the topic of this excellent article. 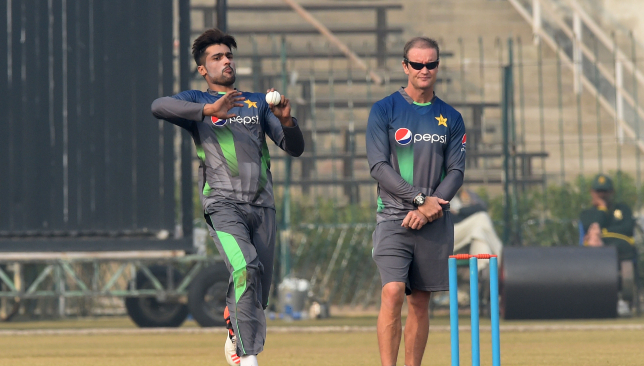 When we see around the globe success in any sport and any level is the result of strong systems. From Olympic medals to world cups, everything requires a system to have a consistency in producing quality of athletes and sportsperson. However, when there is over dependency upon few Individuals and their individual brilliance at any level then being able to replicate the same quality and same performances time and time again becomes a difficult task with low probability of consistent success.

Same thing happened when we talk about Pakistan cricket. Starting from Abdul Hafeez Kardar who lead Pakistan with distinction against all the test playing nations of the time. He wasn’t an extraordinary player himself but had extraordinary man management skills which Pakistan cricket team needed. Pakistan was newly formed country then, so it was understandable to be dependent upon few brilliant individuals in every field as it takes time to develop systems.

However, that dependency didn’t stop and along with the work Kardar kept on doing to make cricket popular, Khan Mohammad who was the first test wicket taker for Pakistan and was of Kardar's era had to play a role in Pakistan's pace bowling camps till 80-90s and Wasim Akram a modern legend of Pak bowling attended one of his camps in 1984. Khan Mohammad helped Imran Khan and other pacers as well to nurture their game. Then in between two era's there was Sarfaraz Nawaz who invented reverse swing and passed the flame onto other Pakistani pacers and Abdul Qadir who developed googly tried to transfer that difficult art to other Pakistani spinners. Imran Khan played a similar role in 90s an era which had good fusion of past legacy and some brilliant young talent.

Pakistan was lucky to produce brilliant individuals for quite a few decades but what Pakistan cricket lacked in 50s which was understandable at that time was lacking in 90s as well and that was solid overall system. As mentioned in the first paragraph to remain consistently good in any sport a system is needed and that started appearing as a reality for Pakistan Cricket as well in 2000s when the decline in quality at least in few facets of the game was clearly visible.

Yes there was a domestic structure in place with departments and regions but it never really had to survive on its own when few brilliant cricketers doing most of the work which included having eye for talent, sometimes even finding raw talent, polishing the talented youngsters and guiding them in their careers at the start. The deficiencies only started to appear when most of the cricketers of the 90s era retired and the domestic system which wasn't really strong in its root had to survive on its own.

The problem in the system which was always there in Pakistan cricket only started appearing in 2000s and reached a much extreme level in mid 2010s. Due to not being able to develop system and continuously improve, the natural talent which at one time was available to the national team didn’t seem to be there anymore due to not having a proper structure for the talented youngsters to follow. Some talent which appeared in between didn’t had enough individuals to guide, groom and nurture that as there was no particular system in place and all the eyes were looking to find few individuals to do the job again which is meant to be done by the system.

Winning or losing is important but shouldn’t have effect on the efforts to realize any country's true potential in a sport. If grass roots systems are established or improved, player development and coaching system is improved Pakistan can achieve much more in cricket than it has till now.

Having talent in different parts is one thing, finding that talent and nurturing it accordingly is another and Pakistan has been lacking in both.
Pakistan cricket has realized that and now they are striving for the system. Domestic cricket is revamped which atleast shows that system and structure is something which is being looked at while the next key and probably one of the biggest mile stone would be to have high quality school cricket system.

Some positive signs are there but still a lot of work and right execution is required for Pakistan cricket to achieve its true potential.