PSL 2020 Review: PCB needs to do away with gimmicks and let the bat and ball do the talking

In our latest 'Beyond The Boundary' article, we look at what improvements can be made for the next season of the PSL in 2021. 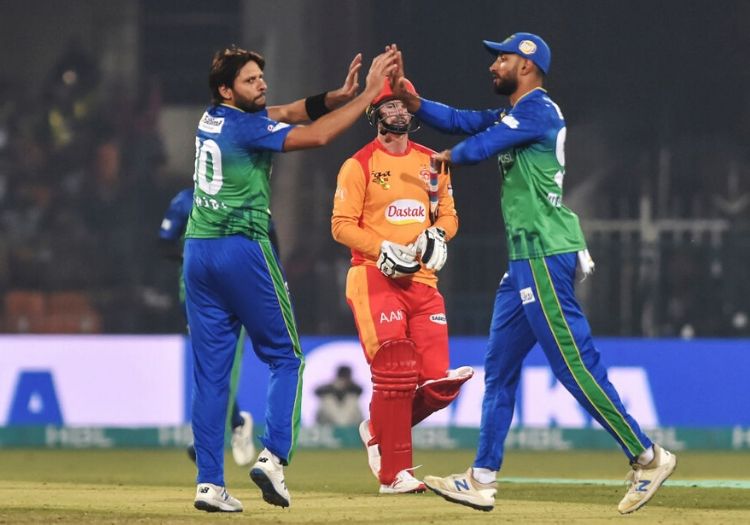 It is indeed difficult to describe in words the elation and feeling of unbridled joy as the one I recently experienced when I stepped onto the hallowed turf of Pakistan’s iconic Gaddafi Stadium in Lahore. To witness and cover some of the Pakistan Super League games for PakPassion.net was amazing and to be part of a historic fifth edition of this tournament to be played at home in its entirety was an honor itself. It had taken 5 years of careful planning and gradual improvements to the security situation in the country but the PSL was back where it belonged.

The stadiums in Karachi, Lahore, Multan, and Rawalpindi were full of excited fans and the words “House Full” were a familiar sight on the electronic scoreboards in the stadia. For the naysayers who had us believe that a PSL in Pakistan was a pipe dream and an impossible task, it was a time to eat humble pie – and lots of it. For the millions of excited Pakistan cricket fans, this was a time when they saw some of the top names in Twenty20 cricket perform at home and if the deafening roar of crowds at Multan, ‘Pindi, Lahore and Karachi were any yardsticks, the PSL was an unqualified success.

It’s sad to note that the unfortunate advent of the Coronavirus Pandemic is what it took to take the shine of this tournament as it was postponed with a chance of rescheduling a possibility in the future, with the last few games being played in empty stadiums. Nevertheless, the die has been cast as it has become clear that the future editions of the Pakistan Super League will always be played in the country. If all remains well, the nomadic days of existence for Pakistan’s most-loved sport seem to be over and a bright new era for Pakistan cricket is upon us.

Whilst the first 4 editions of the tournament allowed the PCB some time to refine this product, it was expected that the 5th edition would have the finesse that would set the league apart from many of its competitors. And for a large part, this expectation was proven true by the quality of cricket witnessed in the recent tournament.

The fifth edition of the PSL also proved beyond doubt that the PSL’s importance to Pakistan cricket went way beyond the cricketing aspect of things. PSL has become a symbol of pride for the nation and one of the biggest organizational successes that the country has seen in many years of its existence.

It, therefore, stands to reason that its value in the eyes of the cricketing world should rightly be further enhanced with a few improvements that are easy to implement.

To start with, serious questions need to be asked about the reason for an elaborate opening ceremony. The one for the PSL tournament in Karachi turned out to be an organizational nightmare and due to glaring glitches threatened to start the tournament off on the wrong foot. Better use of time, resources and money for the PSL could have been a shorter version with some speeches and fireworks. The first game of the tournament would have been the best spectacle and advertisement – there was no need for gimmickry.

This brings us to the next change which the PSL can do without. Gimmicks, sideshows or simply in-your-face-marketing by the various sponsors. Do we really need to see people doing odd hand and head gestures in the middle of an exciting game of cricket or drinking tea on cue? Is there a need for a golf buggy touring around the stadium throwing gifts at the spectators? From what I saw of this during my time in Lahore, we were lucky that there weren’t any serious injuries as people jumped and climbed over each other to get a gift-pack thrown at them as if they were a pack of wild animals looking for food! And the same goes for the ‘Catch a crore’ interviews which really adds nothing to a TV-based spectacle and is an annoying distraction from the real business at hand.

The choice of stadiums for the PSL was limited due to facilities and readiness of others but watching the Quetta and Peshawar sides roaming the country like lost puppies were rather sad. They need their home stadiums. If Peshawar and Quetta cannot host their PSL sides due to security issues, then new ones should be provided for them in existing centers or at least existing ones should be designated as their ‘homes’ at one of Multan, ‘Pindi, Lahore or Karachi.

As many of us who follow similar tournaments around the world fully well, the quality of a tournament in today’s world is not simply about what happens on the field of play. The quality of TV broadcast including the commentators and analysts also play a huge role in the eventual ranking of Twenty20 Leagues. It is here where some better choices in the main commentators and the studio analysts’ team could go a long way in making PSL stand head and shoulders above other competing tournaments. Whilst we all appreciate our former cricketers for all they have done, the question really needs to be asked is if they are equally competent behind a microphone or a TV camera. The ability to shout incomprehensibly whilst describing the simplest parts of the game is not what we need. Sane and well-constructed comments about the state of the game are what we yearn for but seldom find from the PSL TV commentary teams and the studio presenters.

It adds nothing to the enjoyment of the game, as does the childish questions during what appears to be impromptu interviews with players and fans. A simple segment at the end as the one seen in UK or Australian TV presentations where players give technical know-how of their actions on the field would be greatly appreciated. This sort of segment would also put an end to rather elongated post-match presentations which seem to go on and on with very little benefit to the viewers, who probably switch off their TVs at the site of the huge presentation parties – all of whom look like they’d rather be somewhere else!

Whilst Twenty20 cricket is all about entertainment, we must not lose sight of the fact that cricket is what should take center-stage and hopefully as the PSL heads towards its 6th year next year, the PCB will feel less inclined to show the world how good Pakistan is. Because, after a point in time, asking every foreign player how much he likes Pakistan or using the PSL as a platform to demonstrate the nation’s achievements will become counterproductive. In fact, if there is a message for the organizers, it's simply this – PSL is Pakistan’s pride and joy but it’s about cricket so let the bat and ball do the talking, everything else is secondary.