Member 'Pacy with wisdom' previews the upcoming 2nd Test between England and Pakistan with the tourists in need of a win to level the series after a loss at Manchester. 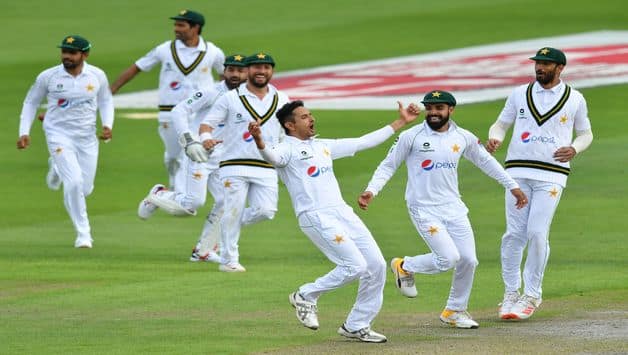 After a riveting encounter at Old Trafford, England and Pakistan will lock horns again for the second game of their 3-match Test series on Thursday in Southampton.

The hosts, England, will be flying high on momentum after the first Test’s result went in their favour, thanks to a spectacular counterattacking rearguard from all-rounder Chris Woakes and batsman-wicket keeper Jos Buttler.

However, their preparations were put in a twist on Tuesday, when news came out of all-rounder Ben Stokes’ withdrawal from the remaining two Tests, owing to family issues.

While the England fans will be aggrieved to not watch their talisman in action, it opens up an opportunity for Sam Curran who is going to be the likely replacement. The southpaw will look to have more of a say this time around after failing to make much of an impression in the solitary Test he played against the West Indies.

Curran’s inclusion is also expected to allow the team management to field an extra batsman in the shape of Zak Crawley, at the likely expense of pace spearhead James Anderson.

On the other hand, Pakistan will be trying to pick themselves up mentally after a heart-breaking defeat at Old Trafford where they won at least eight of the 11 sessions contested.

With so much hue and cry in the national media surrounding Shadab Khan’s inclusion over Fawad Alam, the team management might give in to the pressure and finally award the unorthodox batsman a place in the playing XI after a gap of eleven years.

However, it is still not certain whether the southpaw from Karachi will get the nod given how the weather in Southampton is forecasted to be overcast throughout the 5 days of the Test. And with a fresh pitch expected, the management might be tempted to play a seam-bowling all-rounder in Faheem Ashraf.

With just a 3 day gap in between the first two Tests, It will also be interesting to see what bowling attack the visitors go with. In the event of giving rest to one of the seamers, Sohail Khan is going to be the most likely replacement after the right-armer impressed with two five-wicket-hauls in the warm-ups preceding the start of the Test series.

Pakistan’s captain Azhar Ali will be under a very intense scanner, not only for his captaincy but also for his role as a senior batsman in the team.

While the 79-test-veteran’s field settings and strategy in England’s second innings have been called into question - starting with Shadab after tea instead of a front line bowler, and a lack of insistence on short-pitched bowling against a leg-side shuffling Chris Woakes - it is his consistent failure with the bat that has really tightened the noose around him.

As an average of 11.77 in 18 innings suggests, the leg-spinner-turned middle-order batsman has had a rough time on his overseas trips in the last three years.

Therefore, the upcoming game can be a significant moment for Azhar Ali’s career.

Another failure and defeat here could be the makings of another groundhog day, given what happened with his predecessor Sarfaraz Ahmed who’s non-performance not only got him stripped of the captaincy, but also had him dropped from the team in all formats.

Keys To success for Pakistan

Historically, batting has always been the Achilles Heel for Pakistan and that once again showed itself up in the second innings at Old Trafford.

With none of their other batsmen making much impact in Manchester, Pakistan will once again be pinning their hopes on the in-form pair of Babar Azam and Shan Masood.

The respective left and right duo forged a crucial third-wicket partnership, which swung the momentum towards Pakistan in the post-lunch session of day one.

While Masood eventually ended up as the top scorer, he tried to play second-fiddle to Babar, who in particular seemed unfazed once he had weathered the initial spell of the eventual man of the match Chris Woakes, looking set for a ton before rain cut short his flow.

However, the Lahore born maestro’s penchant of driving away from his body proved to be his undoing twice in the test match leading to an under-par return of 74 runs across the two innings.

Therefore, the diminutive right-hander who boasts four centuries as well as the highest batting average in the ongoing world Test championship would ideally like to make amends on these failures and in the process win more acclaims for his burgeoning status as a world-class batsman.

The Pakistan bowling attack in focus

Much has been talked and written about the bowling attack Pakistan has brought to these shores; the metronomically brilliant Mohammad Abbas, the two enterprising sub-20-year-old pace bowling prodigies, and the wiles of Yasir Shah. While they all did show signs of brilliance, it was evident that they were down on match practice.

Shaheen Shah Afridi, in particular, looked short of gallop and couldn’t create the same impact as he did in the home tests against Sri Lanka and Bangladesh at the start of the year.

His younger partner; the 17-year-old Naseem Shah also didn’t light the stage on fire as much as he was billed to be.

Michael Holding in his commentary alluded to how the precociously talented right-armer was not able to complete his side-on action due to bowling from wider of the crease, ultimately leading to a decrease in pace as well as effectiveness because of not making the batsman play enough of his deliveries.

However, despite their underwhelming performance in the first Test, Pakistan fans will take heart from the immense character that the two youngsters have showcased very early in their careers.

If they do end up being retained for the upcoming encounter, then it will be interesting to see, not only how they bounce back from their issues, but also whether they are fit enough to play back to back Tests in three days at this early stage of their careers.

Who knows, either one or both of them may play a pivotal role in handing a belated independence day present for their fans. After all, you can’t ever rule out teenage Pakistani pacemen to do well, especially in a Test series in England.