"PCB has failed to derive the right strategy to deal with Younis Khan" : Aamir Sohail

In his latest blog on PakPassion.net, the former Pakistan captain Aamir Sohail writes about the the epidemic of bad behaviour amongst Pakistan players, the mishandling of the Younis Khan issue by the PCB and choice of Head Coach for Pakistan. 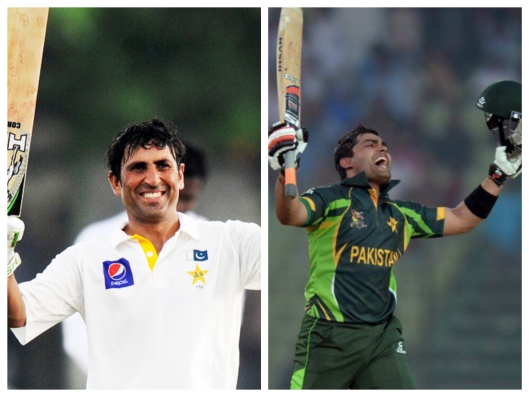 The epidemic of bad behaviour amongst players

I want to start with this very unfortunate aspect of Pakistan cricket which seems to have reared its ugly head in the shape of issues related mainly with Umar Akmal’s current situation and also in part with Ahmed Shehzad’s misdemeanour.

Put simply, if you are struggling with discipline in your game then other aspects of discipline in your life will also suffer. It is said that to play cricket at the highest level, you need to have the passion for the game. It follows that if you have that passion for cricket, then you will act in a way which will never jeopardise your involvement with the game. This is what is missing in the approach of these cricketers.

Let me add that in the case of both players, if a cricketer knows that he will be out of the national squad for a game or two and then magically make a comeback in a short period of time because there isn’t another replacement for you, then why would you pay attention to discipline? This sort of behaviour, by the way, also shows a lack of respect for your team and seniors as if you did have that respect, you would never involve yourself in any such thing. When a player realizes that all he is, is because of cricket then he will arrange his life like going to sleep on time or maintaining the right attitude and you will have none of these issues. When a player feels that he is bigger than the game, then what you have seen or heard from Faisalabad will become commonplace. I suppose, Umar and others are only drawing their inspiration in such matters from the very chaos that is visible in the way the Pakistan Cricket Board (PCB) is run, so in a way such behaviour is almost expected.

Knives are out for Younis Khan based upon what we have heard so far but let’s think sensibly for a moment. At this stage of his career, what would he gain from acting in this way? If Younis is expressing his displeasure at what he deems to be wrong with Pakistan Cricket, then he is not doing that for himself. We have to understand that line of reasoning. What must he be going through in his mind that he has to take such a drastic action? He has taken a stand on what he deems to be a problem with Pakistan cricket. What he is saying in a way is that enough is enough and I have had it with watching Pakistan cricket being run in this unprofessional way. And yes, the manner in which he has chosen to express his frustration may not be ideal but instead of slapping him with a show-cause notice, would it not be a better strategy by the PCB to listen to him and understand the basis of his grievance? We have now seen the outcome of the whole process and PCB’s confusion in its decision making process is there for all to see.

I am not for a moment advocating players walking out of tournaments for this reason but the fact is that what Younis is trying to point out is exactly the reason why cricket is in such a poor state in our country. When I was Director of Game Development we had an incident where Rashid Latif who was a coach at the NCA at that time, said something against the board in a television program. I was asked to take care of the matter by issuing him with a show-cause notice but I did not follow that route. Instead of hauling him in front of a committee, I chose to speak to him one-on-one in private. I basically told him that such comments in public did not suit a player of his stature and also set a very poor example for youngsters who could be watching him speak like that. He presented his point of view but then he listened to my argument and realized his mistake. The matter was resolved. My point is that PCB doesn’t need to stamp their authority via show-cause notices; there are many subtler and sensible ways of resolving issues which PCB will do well to adopt but quite obviously have failed to do.

It is also true that this is not the first time that Younis Khan has been involved in such as situation. But have the PCB learnt from it and have they got a strategy to deal with it in a structured manner? There are many types of individuals and as an organization, the PCB has to learn or devise a plan to handle such a person in an appropriate manner. What the various Younis Khan episodes tells me is that throughout his career, the PCB have not had a proper way to handle him. Each person requires handling in a separate manner but you need to have a strategy. Put simplistically, you cannot treat a mule like a horse and vice versa. Each animal has a different purpose and the manner in which benefit is derived from them is also different. If you don’t work that out, then the results will not be to your liking. PCB has failed to derive the right strategy to deal with Younis Khan, that’s all there is to it.

Who can or will coach Pakistan?

I must say, when I hear the noise around this topic, it does make me smile and I will tell you why. The fact is that no one, and here I include the two gentlemen who have been tasked to find the perfect candidate for the position of Head Coach for Pakistan, really knows what they want or expect from the coach. In fact, if I recall right, Ramiz Raja is on record some time ago as stating that he did not see a reason for appointing a coach for Pakistan cricket!

So let’s forget the local vs foreign coach question now and ask this very fundamental question. What is it we need the Head Coach for? We are told that the purpose of the coach is to help devise strategy and polish finished products of Pakistan’s domestic system. We all know that is simply not true. Pakistan’s domestic players need work on their techniques and the coach should be hands-on enough to work on these issues with players. To those who do not believe this, look at how a fantastic and experienced player like Desmond Haynes adjusted his technique throughout his career.

Closer to home, Misbah-ul-Haq as a player is nothing like the batsman he was few years ago. His batting style has changed so much in those years, so to say that players are finished products when they come to the national team and that a coach is needed to simply point them in the right direction is a fallacy which needs to be discarded very quickly if we are to make the right choice for the coach. Whether a foreign or local coach can work with these parameters is moot and I will leave that for you to think about.