Will the Lahore Qalandars finally rise to the top in the Pakistan Super League? Or will they be consigned to the familiar last position in the league? Read this preview of what lies ahead for the PSL team from Lahore in the 2020 edition of the tournament. 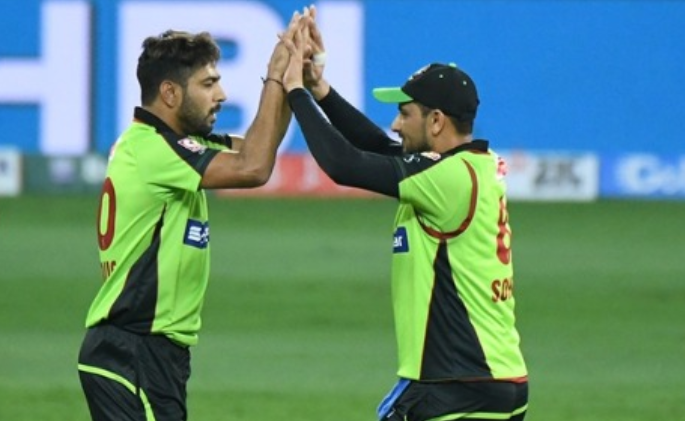 The Lahore Qalandars can be regarded as the perennial triers, the guys who are desperate to do well but rarely do. Over the years, they have assembled some big names in their squads such as AB de Villiers but things tend to fall apart for one reason or another. Whether it’s strange selections, bickering amongst some of the players and coaches, inflated egos, unusual tactics or interesting choices as skippers, the Qalandars have had it all.

One should never underestimate their efforts in locating and producing talent via their talent-hunt programs which have seen the rise of Haris Rauf to international honors. But when it comes to the Pakistan Super League, the Qalandars have flattered to deceive and have underachieved.

So what lessons have the Qalandars learned from previous editions of the PSL and what can we expect from the Rana brothers owned team this time around. Will it be more looks of anguish from Fawad Rana or will it be huge smiles from the popular owner?

Qalandars have assembled what on paper looks like an impressive bowling unit. In Shaheen Shah Afridi, Haris Rauf and Usman Shinwari, the Qalandars have what appears to be a bowling attack that could blow away any batting line-up. All three Pakistani pacers are not only excellent with the new ball, but all have the ability to come back at the end of the innings and blow away the lower order. On a good day, this pace-bowling trio could destroy the opposition batting unit. Add to the aforementioned bowlers David Wiese, Samit Patel and potentially Mohammad Hafeez and the Qalandars appear to have a bowling attack that could match the best at this year’s Pakistan Super League, as long as the captain and think-tank manage their resources accordingly.

Sohail Akhtar as the choice of skipper will have raised a lot of eyebrows, particularly when previous editions of the PSL have shown that the Qalandars have never been the most harmonious squad amongst the PSL franchises. The problem that Sohail has is that he has a number of experienced and high-profile colleagues within the squad who may be rather difficult to handle. Whilst Akhtar is an experienced cricketer, captaining at a high-profile tournament such as the PSL may be rather more difficult than he would have anticipated. In addition, the Qalandars batting has the look of a team that will rely heavily, once again, on Fakhar Zaman who has struggled of late. Support in the batting for Fakhar should in theory come from Mohammad Hafeez, Chris Lynn and Ben Dunk, although other batting options look rather limited. In fact, some of the batting selections by the Qalandars could well be classed as bizarre.


Players to watch out for

Haris Rauf - A star in this year’s Big Bash League and now picked by his country in the Twenty20 format, Haris’ career can only be described as a dream come true. Aggressive, intelligent, skillful and a match-winner, Haris should be one of the stars of the tournament and amongst the leading wicket-takers at this year’s PSL.

Shaheen Shah Afridi's rise has been astounding. Now respresenting Pakistan in all three formats, this young man continues to improve in every format and almost with every match he plays. Whether it’s the five-day format, the 50-over version or twenty-over matches, Shaheen is a captain’s dream. In tandem with Haris Rauf and Usman Shinwari, Shaheen will be the bowler who the Qalandars will look to for consistency and the bowler who will be looked at, to target the key opposition batsmen.

Usman Shinwari - Unpredictable and at times inconsistent, Usman is a bowler who has the ability to turn a match on its head. However, he is also a bowler who has at times let the skipper and team down with some misfiring spells. Now with experience, maturity and the confidence of playing for his country, Usman should be one of Qalandars' go-to players at this year’s PSL. With Haris Rauf, Shaheen Shah Afridi and David Wiese there to support him in the pace-bowling department, Shinwari should be able to raise his game and have a good tournament.

David Wiese - 34 years of age and having played in T20 leagues all around the world, South African Wiese could provide the Qalandars with the experience and know-how to settle what has been a volatile team. Steady with the ball and explosive at times with the bat, Wiese could this time around provide the X-factor that has been needed from Qalandars overseas players but has rarely been visible. His experience also could be beneficial to skipper Sohail Akhtar at key times.

Chris Lynn is another of the played-around-the-world in Twenty20 Leagues brigade. Lynn’s twenty-over statistics are impressive, with an average of over 32 and a strike-rate of more than 142. The Qalandars will want him to provide them with that exceptional skill of winning matches from a lost cause. He is an experienced player who needs to be there to guide the younger players and help Qalandars raise their game this year. Lynn is explosive with the bat and the Qalandars will be hoping that he is on top of his game.

The bowling is as good as you will see in this year’s PSL and wicket-taking should not be a problem for the Qalandars. However, whilst the bowlers look special, the batting looks rather short of match-winning options and heavily reliant on some familiar names like Fakhar Zaman and Mohammad Hafeez. What will be key is the performance of the likes of Wiese, Lynn and Dunk and if they do well, this could be the difference between a poor campaign and a good campaign. Winners – No. Better performance – Yes.