Umar Akmal : "In the coming months and years everyone will see a more mature Umar Akmal"

Chief Selector Inzamam-ul-Haq's decision to axe Umar Akmal and Ahmed Shehzad from the list of potential players for the upcoming England tour seems to have taken many by surprise. The 26-year-old Akmal in particular is a favourite among many fans who feel his attacking style of play is exactly what is lacking from Pakistan's struggling limited overs sides. However the young batsman's international career is now in limbo after his apparent disciplinary indiscretions, leaving his selection for the tour to England highly doubtful.

Umar Akmal's credentials as a dangerous limited overs player are currently on display in England where he is representing Leicestershire in the Natwest T20 Blast tournament. His first game against Northamptonshire has already yielded fifty-two unbeaten runs off thirty-two balls and clearly highlights his immense potential in the Limited Overs format. Speaking exclusively to PakPassion.net, Akmal discussed a range of subjects including his past performances and future for Pakistan, the new Chief Selector's decision to sideline him and cleared misconceptions regarding his fitness. 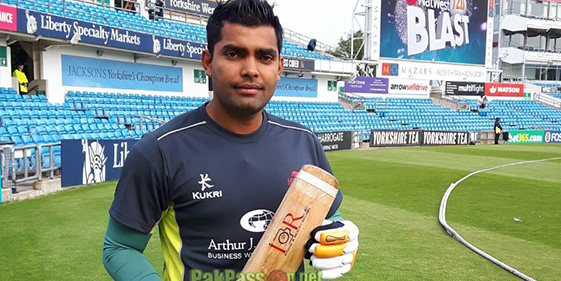