Predict the outcome of the Test series between Zimbabwe and Pakistan?

"Pakistan cricket has a lot to look forward to without worrying about playing India" : Wasim Khan

PCB Chief Executive Wasim Khan’s tenure which began in February 2019 has so far overseen some radical changes in the manner in which cricket is run in Pakistan. From changes to personnel, reorganisation of the domestic system and appointments of former captain Misbah-ul-Haq in multiple roles, Wasim Khan has faced kudos and criticism in equal measures from fans and media.

In an exclusive interview with PakPassion.net, Wasim spoke about the positive and negative aspects of his tenure so far, the challenge of changing attitudes within the organisation, criticism regarding multiple roles for Misbah-ul-Haq, revival of international cricket in Pakistan, and the thorny issue of bilateral series against India. 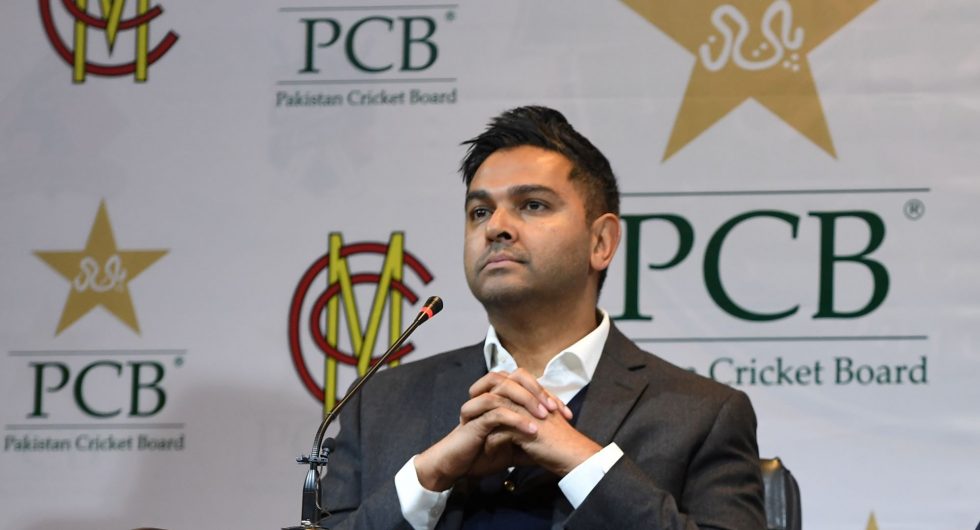 By Amir Husain (4th October, 2020)
PakPassion.net: What do you feel has gone well so far in your tenure at the PCB?
Wasim Khan: When I started my tenure in February 2019, I mentioned three main objectives. One goal was to achieve the restructuring of domestic cricket which was to reduce the number of teams and which was also Prime Minister Imran Khan’s vision for us to implement.
The second important objective was to get Test cricket back on our home soil. Obviously, we had international white-ball cricket being played in Pakistan, courtesy of the West Indies and other sides, but we had to pay those countries to come and play here. I am happy to say that since that unfortunate incident in 2009 involving the Sri Lankan cricket team, we did manage to get Sri Lanka and Bangladesh to play Tests in Pakistan and we also managed to get the MCC over. This was another major achievement for us as this was MCC’s first tour of Pakistan in 48 years.
Thirdly, we managed to get the Pakistan Super League (PSL) played in its entirety in Pakistan which we did with a high degree of success. We had almost half a million fans watch PSL games across all venues which isn’t an easy thing when you consider the fact that you don’t have the practical and logistical systems in place at all venues. So, to run high-class cricket games at four venues was a tough challenge and one that we hadn’t done for a long time. All of this involved a huge amount of work for the PCB and the proof of that is in the pudding as witnessed by full houses in all stadia.
And of course, given that the PCB hasn’t had a clear direction for a very long time in terms of where it’s going as an organisation and what it wants to achieve, the five-year strategic plan we put together was another significant achievement for us. This plan has provided a tracking mechanism to see if we are delivering what we have promised and we are now monitoring our progress on this plan. I am also glad to say that we’ve made some good strides across some of these key areas and hopefully we have one county team coming over in February-March which again is another step forward. We also have Zimbabwe coming in November and the remaining 4 games of the PSL and if things go well, we should have South Africa coming over to Pakistan in January as well.
PakPassion.net: Give us an overview regarding the establishment of the High-Performance Centre in Lahore?
Wasim Khan: We disbanded the National Cricket Academy and brought in the likes of Nadeem Khan, Saqlain Mushtaq, Mohammad Yousaf, Atiq-uz-Zaman and Mohammad Zahid to bring freshness and a new energy in line with the framework we set out. We have also brought in Grant Bradburn who is in charge of coach education and he will look after the courses we offer. It wasn’t right that a full coaching course that takes 2 years to complete around the world, was taking 4-5 weeks at the PCB after which a completion certificate was awarded. People had complained to me that whilst we are talking about taking on the Australian model for our cricket, no one in Australia was getting a full coaching qualification in just 4-5 weeks! This was the somewhat poor quality of our coach qualification process which was in place but it was clear to me that if we truly wanted to be world-class in this aspect then we had to revamp this area and I feel that Grant Bradburn is an excellent choice as he knows this inside out.