Bus driver Meher Khalil gained overnight fame for his heroic actions in March of 2009, when his presence of mind and courage staved off loss of lives during the attack on the Sri Lankan cricket team in Lahore. The attack brought an end to tours by international teams to Pakistan, resulting in Pakistan playing all their home games in the UAE with the exception of a one-off Limited-Overs series against Zimbabwe in 2015.

In an exclusive interview with PakPassion.net, Meher spoke about the sad events of 2009, his feelings about attending the recently held Pakistan Super League final in Lahore and looked forward to the day when international cricket returns for good to Pakistan. 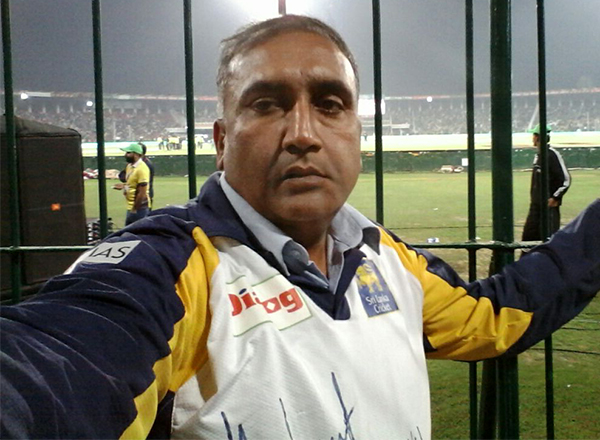 Meher Khalil : From the aspect of international cricket in Pakistan, this was a day of great tragedy for all of us. It was the darkest day in the history of our cricket. From that day, no international cricket was played on our soil. But then we must be thankful to the Almighty that there were no fatalities to the Sri Lankan cricket players who were guests in our home. But I am hopeful and pray to the Almighty that foreign teams will return to our country in the near future.


PakPassion.net : A lot of people call you a hero for how you saved the Sri Lankan team that day…

Meher Khalil : I really feel that the Almighty bestowed a great honour and a gift of His kindness on me to allow me to take our guests away from harm and protect them. This was not an easy thing to do but I am sure I had divine help. It is amazing and an honour in itself that someone who simply drives a bus is now counted amongst heroes of this country. The list of heroes which has sportsmen, academics and so on also has someone with my profession as well. Even my family is really proud of my achievement in protecting the visitors from harm.


PakPassion.net : What did it feel like when you recently walked into the Gaddafi Stadium in Lahore to watch the Pakistan Super League final?

Meher Khalil : It was truly an enjoyable day for me. Not since March 2009 had we in Lahore seen such a high level of cricket featuring local and foreign players. Not just the Gaddafi Stadium but the whole of Lahore was alive with feelings of joy. As those of us who were at the stadium and those who watched on television around Pakistan and the rest of the world would have seen, it looked like the whole of Lahore was at the stadium. Everyone thoroughly enjoyed that day and I am sure they will remember that day for a long time to come. As for me, I felt proud and happy that I was in the same ground in 2009 when international cricket ceased in Pakistan and now I was there when top-level cricket finally returned to the country again.


PakPassion.net : Was there any fear in the back of your mind about anything untoward happening during the PSL final?

Meher Khalil : There was no doubts in my mind during this game. Our security personnel were on high alert that day and there was excellent planning and coordination between the various forces on duty. From my side, I did my utmost to convince some of the foreign Quetta players who had refused to fly out by sending them messages of re-assurance. I asked them to come with the team to Pakistan as I felt that the country had changed a lot for the better since the events of 2009. Our security personnel had made great progress in clearing the country of the menace and are continuing to do so at the present time as well. I urged them to come to our country and play cricket as I was hundred percent sure that they would enjoy the experience. And I wasn’t wrong. The overseas players who did make the trip to Pakistan could not believe the amount of respect and love they received from ordinary Pakistanis. If you read the press and social media today, they are continuing to praise Pakistan. They would like international cricket to return to Pakistan and are glad that they visited our country.


PakPassion.net : Who are your favourite Pakistan and international players?

Meher Khalil : As far as Pakistan players are concerned, I am a fan of Shahid Afridi and Misbah-ul-Haq and I also love watching Kamran Akmal and Mohammad Amir. To tell you the truth, I am fan of anyone who plays for Pakistan. From the foreign players, I am an admirer of Suresh Raina and MS Dhoni.


PakPassion.net : You must also follow the fortunes of the Sri Lanka team?

Meher Khalil : Before that day in March in 2009, I really did not know much about the Sri Lankan team. But since then, they have become my favourite foreign team. In fact, every time they play any game in the world, I wish and pray for their success. Of course, if they play Pakistan, I will always support my own country but my best wishes will always be there for the Sri Lankan players. A lot of times my friends call me when Pakistan are playing Sri Lanka and ask who I am supporting and I say its Pakistan as they are the team of my country. Regardless of who wins those games, I enjoy the match and my best wishes are with both teams.


PakPassion.net : It’s been a few years since the events of 2009 but do you think about that day and how you could have done something different?

Meher Khalil : I was a bus driver by profession and that is all I always concentrated on but on that day, I do regret and wish I had a weapon on me. If I did, I tell you that I would taken the lives of a few of those terrorists without a single thought. I still think about the way they were walking around without any fear and if I had a weapon, I would have not hesitated to use it. That is the only regret I have but then I am always thankful to the Almighty that I had the presence of mind to drive away from that situation and saved lives in that way.


PakPassion.net : Are you hopeful about international cricket’s return to Pakistan in the near future?

Meher Khalil : God Willing, foreign teams will start to visit our country again and our home grounds will be filled again as they used to be before the attack in 2009. I am really happy that the PCB with the help of the Government of Pakistan and our security forces are doing what is needed to make this happen. We saw this cooperation during the PSL final in Lahore and I am confident that this will continue in the future. Remember this is not just a problem for the PCB to solve, but it is something we as a nation need to put right for the future. All of us, regardless of whether we are bus drivers or in the media need to work towards this goal.
Discuss!