"I was expecting a place in the Pakistan Test squad" : Salman Butt

Former Pakistan captain Salman Butt's quest for a return to international cricket was recently dealt a blow as he was not named for the Pakistan Test squad bound for the West Indies. Butt had earlier made a strong case for an international comeback by being the second highest run-getter for tournament winners WAPDA with seven-hundred and forty-one runs in the domestic Quaid-e-Azam Trophy (2016/17). He also had a decent showing in the Departmental One-Day Cup where he was the second highest run-scorer for WAPDA with three-hundred and sixteen runs.

In an exclusive interview with PakPassion.net, Salman Butt spoke in detail about his disappointment at not being selected for the tour of the West Indies, Mohammad Amir's dip in form despite numerous international opportunities and the difficulties Pakistan will face with the imminent retirements of Misbah-ul-Haq and Younis Khan. 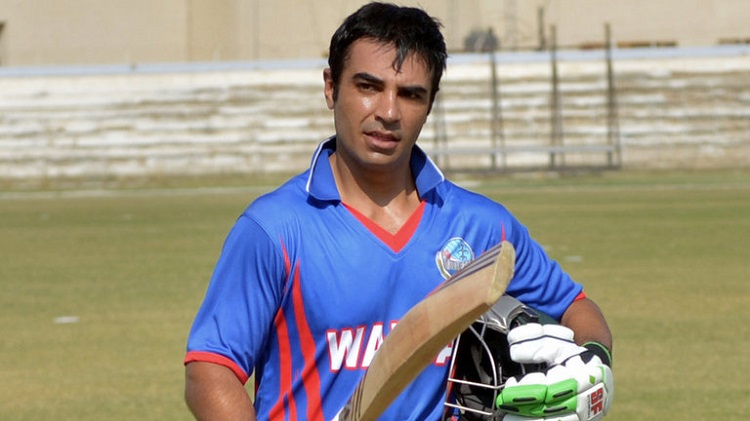 PakPassion.net : Were you surprised at missing out on selection for the Pakistan Test squad against West Indies?

Salman Butt : Yes I was surprised. I was expecting a place in the Pakistan Test squad after having performed very well in the last domestic season and winning a domestic Cup competition and scoring hundreds in each innings of that final which has never been achieved previously in Pakistan domestic cricket. So I was very hopeful, but now it's a case of hoping that my selection has been delayed, but it will happen one day.


PakPassion.net : Do you think there are non-cricketing reasons behind your non-selection?

Salman Butt : I have no clue why I haven't been picked and this is something that I would like to know as well. Normally there is a press conference when a squad is picked and the media asks questions about the squad that has been picked, but I noticed this time around there was no press conference and the squad was just confirmed in a press release. I haven't heard of any reason or been given an explanation about why my name was not in there in the squad.


PakPassion.net : The selectors have stated that good performers in domestic cricket would be picked. I guess that didn't apply to you and that must be disappointing and disheartening?

Salman Butt : All I can do is work hard and leave the rest to the Almighty. There are a lot of questions regarding my non-selection that the selection committee and the authorities need to answer. All that I have in my power is to continue to do well and hope for the best. The Chief Selector has maintained that all players will be treated equally and that myself and Asif would not be treated any differently so let's see if that happens.


PakPassion.net : There were some reports that you had been notified that you were not going to be considered for the Test squad against West Indies. Did that occur?

Salman Butt : I was never told anything like that. Nobody had conveyed any message to me beforehand that I would not be picked, nor that I was not eligible to be picked for the Test squad. If anyone had said this to me then I would have asked the question right away about why am I not being picked for national duties and on what grounds is this being decided.


PakPassion.net : So it's a case of back to the drawing board for you and back to performing in domestic cricket once again?

Salman Butt : I will do the same again. These setbacks are not going to damage my confidence or make me feel disheartened. The Pakistan One-Day Cup starts in a couple of days and my plan is to make sure that I am scoring heavily and in form when my chance for Pakistan finally comes around once again.


PakPassion.net : Do you think it's been harder for you and Mohammad Asif to catch the eye of the selectors than it was for Mohammad Amir?

Salman Butt : That has been very visible. I have played a full season, I have got the runs on the board, I have proved that my fitness is of a good standard, whereas Amir was picked as soon as he was eligible to play for Pakistan. There is no question that my journey back to the Pakistan team will be much harder than it was for Mohammad Amir.


PakPassion.net : Mohammad Amir's form is clear evidence that being away from international cricket for five years is not easy. Why do you think Amir's return has not been as successful as was expected?

Salman Butt : The five year absence cannot be used as an excuse. He's been back in the Pakistan team for over a year and in that period he's had his time and opportunity to perform. At times he's done well but I think the thing to look for is progress and he did well as soon as he was recalled but then the graph started spiralling downwards and not in the direction that everyone would have expected. That performance graph should have been going upwards and not downwards. That is something for him to work on and improve. Once you are back in the team and have been given ample time then there should be a gradual improvement. I believe he has the ability and sometimes it can be a case of some technical issues and sometimes you can take it too easy and take things for granted. However given his ability, I think his performances should be a lot better


PakPassion.net : Misbah-ul-Haq and Younis Khan have announced their retirements recently. Those are surely going to be huge shoes to fill aren't they?

Salman Butt : Absolutely. They have done so well and taken Pakistan to new heights. Younis also took Pakistan to the World Twenty20 crown in 2009. They have been cricketers who have maintained their fitness, have worked hard, have been disciplined and performed on a consistent basis and adapted to conditions wherever they have played. You put them in any tough condition and these two names would be top of the list. These are going to be huge gaps to fill, but there again gaps never remain open for long and usually someone comes in and fills those gaps and take their place. Initially it will not be easy to fill the void left by Younis and Misbah and it will be like when Mahela Jayawardene and Kumar Sangakkara retired for Sri Lanka.


PakPassion.net : You have proved your fitness, you have proved that you still have the ability to score runs. Is the knock-back from the selectors a big blow for you or one that you feel you can overcome?

Salman Butt : The desire to play for Pakistan is very much still there and is what keeps me going in cricket. I will get there, I am sure of that. I have to get there and get back into the Pakistan team once again. These delays and setbacks are not stopping my ambition and are in fact motivating me even more to return to international cricket.
Discuss!