"There is tremendous excitement at Essex to have Amir on board as he is a world-class bowler" : Ravi Bopara

A veteran of 171 international games where he has scored 3981 runs, Ravi Bopara has been a popular figure in Twenty20 Leagues around the world. He has also been a key member of the Karachi Kings squad during both editions of the Pakistan Super League (PSL) and continues to harbour hopes of return to England colours in the future.

In an interview with PakPassion.net, Ravi Bopara spoke about his experience of playing in the PSL, his plans to visit Pakistan to help with charity work, Mohammad Amir's impending appearance for the Essex County Cricket Club in the summer of 2017 and looked back on his career with England. 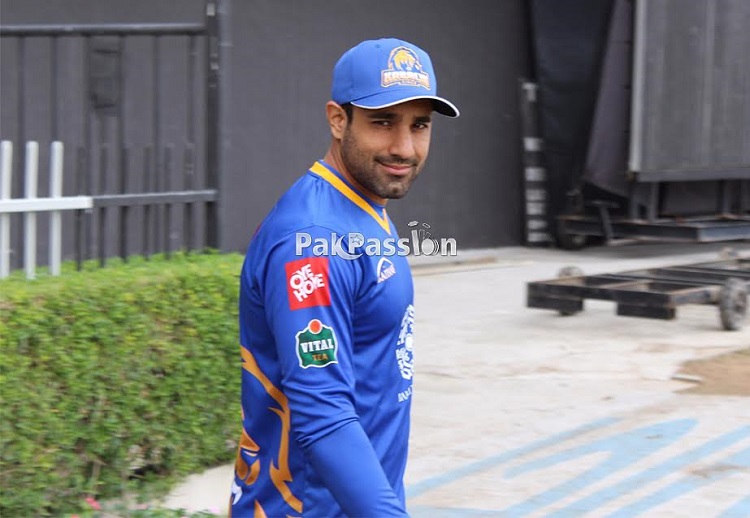 By Saj Sadiq (15th April, 2017)
PakPassion.net : How was the experience this time around with Karachi Kings in the Pakistan Super League?

Ravi Bopara : The experience of playing with Karachi was really good just as it was in the previous edition of the Pakistan Super League. It was exciting to be part of the PSL in general and playing in a league like this is simply fantastic. The organisation and the manner in which each edition of the tournament has been run has been brilliant so far. Of course, the credit for this must go to all those who were involved in running the show including the PCB and the franchise owners as well who brought this top-level cricket to Dubai and Pakistan.


PakPassion.net : Do you feel that the league has the potential to grow in the coming years?

Ravi Bopara : It definitely has massive potential for future growth but I would say that it is already quite big in its current form despite at the moment limited to being played mainly in UAE. One can only imagine the massive impact and growth it would have if it was played largely in Pakistan. Its growing at a phenomenal rate with more and more people around the world getting interested in it. I know this from personal experience in England where compared to last year, I am being asked a lot of questions about the tournament and there is generally more discussion regarding the PSL after this year's tournament.


PakPassion.net : If Karachi Kings had made it to the final in Lahore, would you have been happy to travel to Pakistan to play in the final?


PakPassion.net : You mentioned at a recent charity event that you were planning to go to Pakistan to do some coaching. Can you elaborate on that?

Ravi Bopara : Yes, I intend to travel to Karachi and do some charity work in the near future. The idea is to help the kids there through playing cricket and raising funds and basically to help the community and the children there in any way I can. Of course, playing a PSL final or matches in future there one day would be a lovely experience as well.


PakPassion.net : What sort of cricket-related charity work will you be doing in Pakistan?

Ravi Bopara : It’s not related to any Karachi Kings contract as such but the PSL franchise is looking to do some good work in the community in Karachi and around Pakistan as well. The activities there involve coaching kids and I have spoken to the owner of Karachi Kings about that. In fact, I approached him before being asked as I know that he has been doing some work behind the scenes involving community projects especially with children. It’s still work in progress and details of this initiative will hopefully be announced soon.


PakPassion.net : Essex County Cricket Club and yourself must be excited with the signing of Mohammad Amir for this season?

Ravi Bopara : Absolutely. There is tremendous excitement to have Amir on board as he is a world-class bowler. It will be great to see him bowl with the red ball and the white ball in English conditions and I am sure, he will make life hell for a lot of batsmen. We are all really looking forward to having someone like him at Essex as he is a superstar and a wonderful bowler. It’s not only exciting for the Essex players but it will be great for the fans as well who will show up hopefully in large numbers to see Amir in action.


PakPassion.net : With Mohammad Amir available for the second half of the season in all formats, expectations must be high at Essex for some silverware?

Ravi Bopara : He is a tremendous fast-bowler and someone who can blow batsmen away at the top of the order and then clean up the tail later in the innings. He is able to get you those four or five wickets before you even know it; pretty much in the blink of an eye, especially with the red ball which he is notorious for swinging around. So, there is a lot to be excited about Amir’s arrival at Essex this summer and we must fancy our chances for some honours.


PakPassion.net : How do you feel about ECB’s proposal for an eight city Twenty20 tournament?

Ravi Bopara : I feel that it’s an exciting development for players in England. This was a much-needed initiative as most countries around the world have similar high profile Twenty20 leagues and we were missing out a little bit on this sort of competition in England. It’s the right time to have this type of league in place but instead of starting in 2020 which is a little far-off, it would have been nicer to have it begin next year.


PakPassion.net : With the BBL, PSL and IPL established names in the cricketing calendar, can the English version be a huge success also?

Ravi Bopara : It is absolutely crucial for English cricket to have this sort of a tournament which will attract the best players from around the world. This will surely make a massive difference to the game in England as I feel that these days youngsters are not quite as engaged in cricket as they used to be previously. This will be an immense help to get the youngsters back into the game in England. With plans to televise all the games instead of a select few, this tournament promises to be a great boost for English cricket. This will allow kids and their parents to watch games together at home not only on subscription channels but on free-to-air television which is a brilliant idea.


PakPassion.net : Surely you must still have that hunger and desire to play for England again?


PakPassion.net : I suppose your age of thirty-one is not that much of a problem given we have the likes of Misbah-ul-Haq and Younis Khan still playing international cricket?

Ravi Bopara : I don’t think my age is an issue. Whilst I have been in the game for a long time and people may think that I am old, the fact is that I am as fit as ever and probably the fittest I have ever been. I do take great pride in keeping myself in good shape so age is not an issue in terms of my career progress.


PakPassion.net : So you feel that consistency in performances is the key to your future prospects with England?

Ravi Bopara : No doubt that consistent performances throughout the year is what I need to do and that would be the ideal way forward for me. I need to make sure I do the basics right and put in the regular performances so that I get noticed.


PakPassion.net : How would you describe your England career?

Ravi Bopara : There were times during my England career when things were great and I really enjoyed everything that happened around me. But then there were times which weren’t that great primarily due to the fact that I was in and out of the team. That played on my mind as well as I was always wondering what would happen next and that kind of uncertainty was going through my mind as well. But then, that is just natural as you don’t know whether you will be in or out of the team in the next match and that plays on your mind.

Ravi Bopara : It's absolutely brilliant to see Asian cricketers coming into the Counties and also some taking a place in the England team. It's very heartening to see this happen and I am hopeful that there will be many more following suit in the future as well.
Discuss!