"I don't see a bilateral series between India and Pakistan anytime in the near future" : Shahryar Khan

Appointed as the Chairman of the Pakistan Cricket Board by a unanimous decision by the Board of Governors of the PCB in August 2014, Shahryar Khan stepped down at the end of his tenure in August 2017. During his reign as PCB supremo, the Pakistan Test team reached the Number 1 Test ranking in 2016 and won the Champions Trophy in 2017. He is also credited for his role in overseeing the successful setup of the Pakistan Super League in 2016.

In an exclusive interview with PakPassion.net, Shahryar discussed his views on why he feels that the recently proposed FTP arrangement is beneficial from a Pakistan point of view, PCB's relations with the BCCI and the position of the Government of India vis-à-vis the matter of bilateral series with Pakistan and his sadness at the news that Afghanistan will play their first Test against India instead of Pakistan. 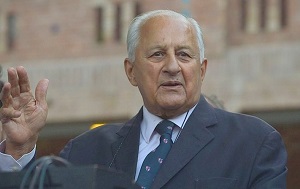 By Amir Husain (17th December, 2017)
PakPassion.net: Do you feel that the proposed FTP for the period 2019-2023 is beneficial to Pakistan’s interests?

Shahryar Khan: I have absolutely no issue with the number of games which have been proposed in the FTP arrangement. This is basically a question of quality over quantity and we have chosen the right route for this. There have been some reports in newspapers that we have been awarded less games and this is supposedly a bad thing, but this is simply not the case. What they do not understand is that we may be playing less games, but we will be playing quality games with the best 4-5 teams in the world. Those with more matches as per FTP are playing a lot of their games against the much weaker teams whilst we have opted to play less games but with stronger teams. And of course, the quality of the opposition and the competitiveness of the games will also drive the revenues that we earn from such games. Our broadcasting revenues from games against opposition such as Australia, South Africa etc will be much better as compared to games against weaker opponents.


PakPassion.net: Do you envisage an India and Pakistan meeting in a bilateral series any time in the near future?

Shahryar Khan: The real reason behind the absence of India and Pakistan bilateral series is political and has nothing to do with either PCB or BCCI. In the current political climate, I really do not see any way in the near future that both teams will be able to play each other. The fact of the matter is that we have always been willing to play India anywhere but it's been the Government of India who have forced the BCCI to refuse to play us and there is not much we can do about that. I don't see a bilateral series between India and Pakistan anytime in the near future.

PakPassion.net: Regardless of the political issues, do you feel that the BCCI are sincere in their efforts to play against Pakistan?

Shahryar Khan: I know for a fact that they tried to convince their Government and explained to them that there would be a loss of revenue for both India and Pakistan. However, the Government of India has stuck by its stand that unless the political climate improves, there can be no resumption of cricketing relations between both countries. They will simply not allow it. But, I am hopeful for the future and hope things can change but at this time, there is no chance of any India-Pakistan cricket contact in a bilateral context. We will continue to play India in ICC tournaments as we did in the Champions Trophy and so on, but no Test or Limited Overs series will be played between the two countries in the foreseeable future.


PakPassion.net: Do you agree with Ehsan Mani when he said that PCB’s compensation claim against the BCCI will have a negative effect on future relations between the two boards?

Shahryar Khan: He is of course entitled to his own opinions, but I do not agree with that. The relations between the two boards have never been a problem. I will say it again, it’s the Government of India and their insistence on the improvement of the political climate which is the main hurdle between the two sides. It has nothing to do with our compensation claim which is really our right to exercise and we are doing that via the proper channels.


PakPassion.net: Is the success of the PSL overshadowing the development of domestic cricket in Pakistan?

Shahryar Khan: There is no doubt that the Pakistan Super League is a fantastic product and is helping our cricketers progress to the next level. It is also demonstrating to the world that cricketers from around the world can come and play in a Pakistan tournament without fear of security which will also encourage their boards to send teams as Sri Lanka have done recently. West Indies will also be sending their team to Pakistan in March as agreed so the advent of the PSL has had a positive effect. I look at the PSL as complementing and enhancing the image of our domestic cricket and something which is opening the doors for tours by foreign teams. That in turn will allow our domestic cricket to improve as well.


PakPassion.net: You made some critical comments on the T10 format, do you still stand by them?

Shahryar Khan: I have absolutely no qualms in saying that the T10 format is not the way forward and reducing overs in a cricket game is demeaning to the stature of this great game. The Twenty20 format has done well and is acceptable to all and undermining that by introducing a T10 format is tantamount to killing the goose that lays the golden egg.


PakPassion.net: Does it bother you that Pakistan players are giving preference to leagues such as the BPL and the T10 league over domestic games?

Shahryar Khan: Pakistan players playing in any foreign league when they should be participating in local competitions is completely unacceptable in my view. I believe that all Pakistan players should be given permission to participate in other leagues around the world without compromising on their ability to represent domestic teams in Pakistan which should be their first priority. Only once they have served their team’s interests in local competitions should they look to play elsewhere. This is crucial for the development and strength of our domestic game.


PakPassion.net: How do you feel about the news that Afghanistan will be playing their inaugural Test match against India?

Shahryar Khan: To be honest, I am not aggrieved but a little sad after hearing this news as it should have been Pakistan who played the first Test match with Afghanistan which would have been a historic occasion for both countries. In reality, this should have been the case and we had arranged for that, but their board took a very political and an unnecessarily aggressive line towards Pakistan which is completely uncalled for. Whilst we obviously wish the Afghanistan cricket team the best of luck as they embark on a new chapter of their cricket history, it is a rather sad to hear that Afghanistan will not be playing their first ever Test match against Pakistan.


PakPassion.net: Does The Sun’s exposé on possible corruption in cricket point to a global problem in the sport?

Shahryar Khan: If the reports are to be believed and they are being investigated by the ICC, then this is a serious issue which the world of cricket needs to take notice of immediately. And not only take notice, but also take a very strong line to stamp out this evil with tough measures. We, in Pakistan have already shown this in the way we handled the PSL spot-fixing scandal and demonstrated our will to tackle this problem head-on. I believe that the rest of the cricket world is also doing the same but I will reiterate that all boards must act as one to handle this menace.
Discuss!