"There was really no reason for my exclusion at the World Cup" : Junaid Khan

Regarded as a dependable fast-bowling option for Pakistan sides in the Test and ODI formats, Junaid Khan has represented Pakistan in 107 international games, taking a total of 189 wickets which includes five 5-wicket hauls.

In an exclusive interview with PakPassion.net, Junaid spoke on a variety of topics including his disappointment at being excluded from Pakistan's ICC World Cup 2019 squad, his impressions of former Head Coach Mickey Arthur, why he would like Waqar Younis as bowling coach for Pakistan and his aims of making a comeback to the Pakistan side. 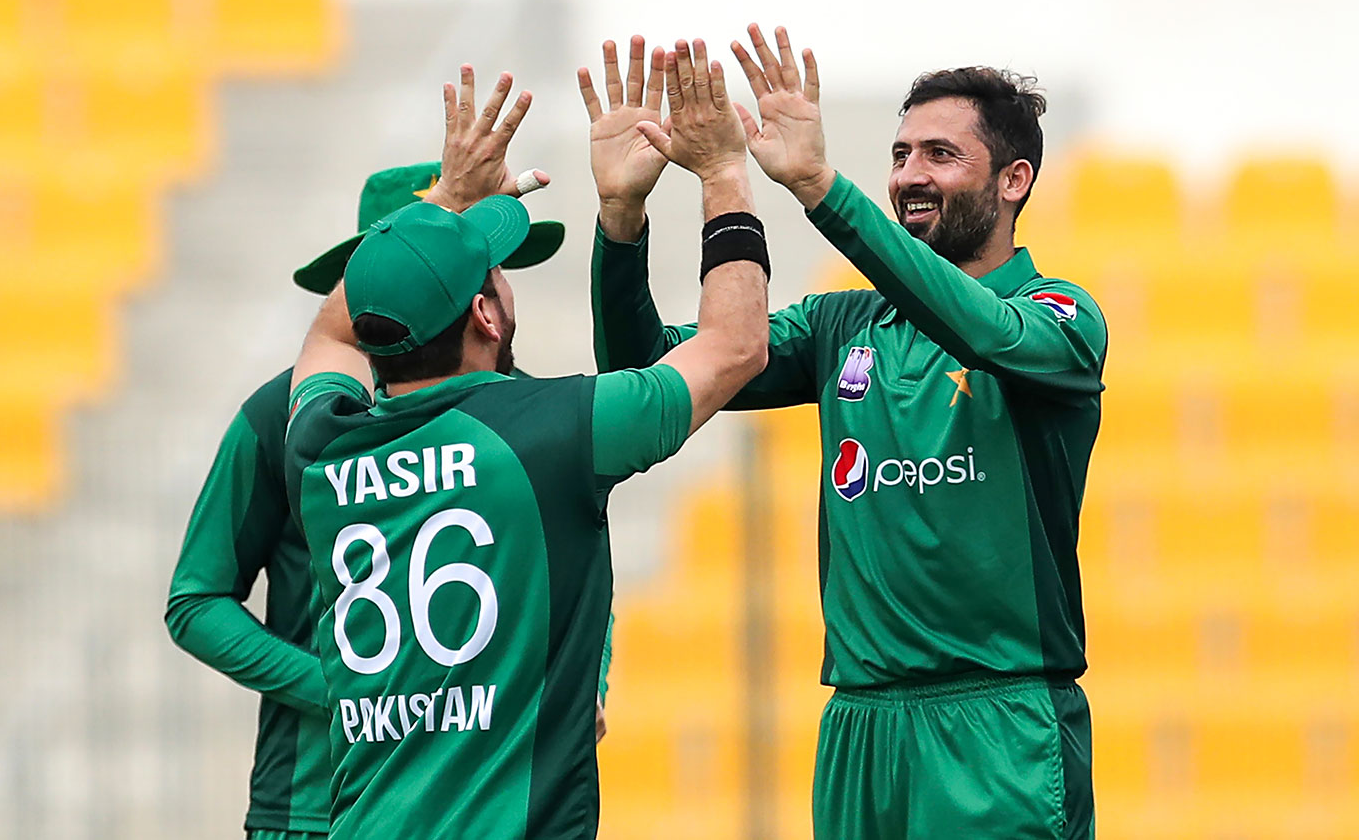 By Amir Husain (29th August, 2019)
PakPassion.net: How disappointing was it to not to be included in the final 15 for the World Cup squad?

Junaid Khan: Just like any other player facing a similar situation, I was deeply disappointed by my exclusion from the final squad for the World Cup. I am sure if the same question was asked of Faheem Ashraf or Abid Ali, they would have had replied in the same way. Every player wishes to represent their country in a big tournament like the World Cup and I am no different and didn’t feel too good about the fact that I wasn’t included in the squad. If after all this, Pakistan had won the World Cup, I would have celebrated with everyone else, but since we didn’t perform well, my disappointment was doubled by that.


PakPassion.net: What do you feel could have been the reasons for your exclusion from the World Cup squad?

Junaid Khan: In my view, there was really no reason for my exclusion but then the Pakistan selectors can probably explain their decisions much better and shed light on this issue. It was them, along with the Pakistan Head Coach, who decided to drop me from the original squad, and no one really explained the reasons to me. I felt that my fitness was good and only in the final game of the ODI series against England before the World Cup was my performance not up to the mark but then I was no worse than the other bowlers in the Pakistan line-up so that really couldn’t have been the issue. To drop a senior player from the squad of such an important tournament based upon one performance does not normally happen and it was very disappointing.


PakPassion.net: Do you have any regrets about that picture you posted on Twitter after the World Cup squad was announced?

Junaid Khan: To be removed from the side when you have played for so long for your country and you are all set to reach a milestone such as representing your country in an World Cup, is understandably very disturbing for any player. In my view, a player in such a situation is justified in expressing his disappointment. In my case, I decided to say what is in my heart in a different way. As you know, I am a Pathan and we are very passionate and aggressive people. So, the picture I posted was the only way I could really show my disappointment which to me was a better way of saying what I felt without writing something hurtful. Also, the PCB allows us to post appropriate pictures on social media which is also why no warning was issued by them to me on this issue. But later when I started to get messages from my fans saying that the picture I posted could hurt the image of our country, I decided to delete that tweet. As a Pakistani, I would never want my country’s name to be spoiled due to my actions and that is why I removed that tweet.


PakPassion.net: What were your impressions of Pakistan’s former Head Coach, Mickey Arthur?

Junaid Khan: Mickey Arthur was a good coach in my view as we won the Champions Trophy in 2017 under his guidance. Unfortunately, we didn’t do that well in Tests but then we need to understand that a coach can only explain what is needed from every player but how they perform on the field is up to them alone. In my view, Mickey was very good in explaining himself and guiding players and those were his best qualities.


PakPassion.net: How was your relationship with Mickey Arthur?

Junaid Khan: My belief has always been that any coach will support you as long as you perform well. Of course, there is an element of ‘like’ or ‘dislike’ when it comes to a relationship between the Coach and players but that happens in every country and in every team. In my case, I had a good relationship with Mickey Arthur and felt that he supported me well, but I am not sure why when it came to the World Cup, he decided to drop me from the 15-man squad for the tournament. This is a question that only Mickey can answer as I really have no idea what happened there. It’s difficult to tell whether this decision was based on his thoughts alone or whether the captain and selectors had anything to do with it. I suppose only they can explain the logic behind excluding me from the final squad for the World Cup.


PakPassion.net: What are your thoughts on Misbah-ul-Haq as the possible next Head Coach for Pakistan?

Junaid Khan: The PCB is best suited to make that decision as they better understand who can help Pakistan most. They brought in Mickey Arthur after giving it careful thought and I am sure they will take the same decision in this case too. As a player, I have no issues in playing under any coach as it’s our job to perform as best as we can, regardless of whether its Misbah-ul-Haq or anyone else.


PakPassion.net: Does the idea of having Waqar Younis as bowling coach appeal to you?

Junaid Khan: If you were to ask Pakistani bowlers about having Waqar Younis as a bowling coach then you will definitely find a lot of excitement and favourable opinions on this matter. The reason for that is during his previous tenure, he helped the bowlers a lot and gave them very good advice as well for bowling in Tests and so on as he was a legendary bowler himself. But, let me also say that there are some batsmen and others who are not in his favour as he failed to inspire them. But, my personal opinion is that even when Waqar Younis was not the coach for Pakistan, he would always give me good advice about my bowling and I would be happy to have him as our bowling coach and if he does became the Head Coach too, then it will be doubly good for me as well.


PakPassion.net: With the disappointment of not playing the World Cup behind you, how do you look at your future in Pakistan cricket?

Junaid Khan: I have a simple philosophy when it comes to such matters. My first priority is to represent Pakistan in any format I am chosen for. Now I have had offers to play County cricket in England and the fact is that I have a visa that allows me to play there but I have put all that aside as my eyes are focused towards playing for Pakistan. With the start of the domestic season in Pakistan not too far away, my aim will be to perform well in that and hope to make a comeback for Pakistan. If that doesn’t happen then I will think about my next steps. I will be speaking to the members of the selection committee when it's formed as well as with the new Head Coach to find out if I will feature in their future plans or not. If they tell me that, yes, I am part of their plans, then I will play Pakistan domestic cricket and look to gain a place in the national side. If they say that I am not in their plans, and that I am free to play domestic cricket in other parts of the world, then I will spend my time playing county cricket in England as well as league cricket elsewhere.


PakPassion.net: Is playing in lucrative Twenty20 leagues the way forward for players?

Junaid Khan: Look, the first priority for any player should be to play for their country and that is my point of view also. But then you have the case of some players like those from West Indies who prefer Twenty20 Leagues, but they haven’t got the recognition which one would get if they played more for their country. I feel that not playing for your country and preferring to play in leagues to earn more money is a sign of foolishness and I don’t agree with it at all.


PakPassion.net: How do you feel about players giving up Test cricket to play in shorter forms of the game only?

Junaid Khan: Each player needs to take decisions like concentrating on one form of cricket based on how they feel about what stress their body can take without a problem. We know that Mohammad Amir has taken the decision to give up Test cricket but it’s difficult to make any judgement about that as only he knows how much his body can take when it comes to Test cricket. Speaking of myself, I am more than happy to play Tests and if Amir’s absence results in my playing more matches in the longer format then I will be more than happy to do that.


PakPassion.net: So, Mohammad Amir’s retirement from Tests could well be a good way for you to get back into the Pakistan side?

Junaid Khan: I understand that Amir has retired and of course that does open doors for me. However, if you look at my Test record, you will see that I have played 22 Tests and taken 71 wickets with an average of 31.73. If you compare that with the other current Test bowlers, you will see that with the exception of Mohammad Abbas, my bowling average is better than many others. So, really Amir’s retirement shouldn’t make a difference for me in Tests as I should be in the side based on my performances and not because of any other reason.


PakPassion.net: How was your experience of working with former Pakistan Bowling Coach Azhar Mahmood?

Junaid Khan: If you ask anyone who has played alongside me or worked with me at the international or domestic level, you will know that I spend a lot of time analysing my bowling with the team analyst. I compare bowling videos from the past with my current ones and try and figure out where I am going wrong and so on. Only when I have specific questions about my bowling is when I will approach the bowling coach. So, whenever I used to approach Azhar Mahmood with a problem, he was more than willing to help me out and fix that issue. He would listen patiently to what I had to say and then help me out and that is something I really appreciated and will always remember.
Discuss!