"Enjoyed my time, but no plans to be involved with any PSL sides at the moment" : Tom Moody

In exclusive remarks to PakPassion.net, Tom Moody spoke about his impressions of T10 cricket, why he did not apply for the role of Head Coach for Pakistan and who he feels are favourites for the ICC Men's T20 World Cup in 2020. 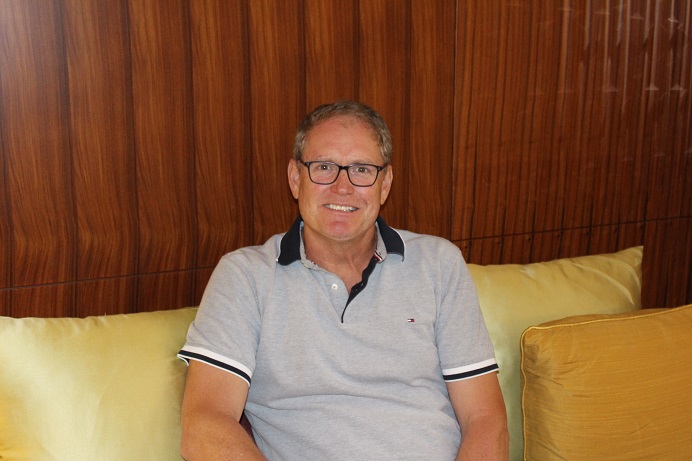 It appears that the search for the ideal and most financially rewarding forms of cricket seems to show no signs of slowing down. A few years ago, the world of cricket seemed content with the idea of 5-Day Tests as the only form of competition before the 50-Over game was introduced as a shorter form of the sport which offered more entertainment in a less amount of time. The 50-Over game was then duly dethroned by the advent of the Twenty20 game which was touted as the ultimate form of entertainment in cricket and considered the ultimate innovation in a sport that had a history of inertia when it came to change.

Twenty20 cricket remained the undisputed face of entertainment in cricket until in 2017, until the T10 League in the UAE came into being. Initially met with cynicism, the T10 League seems to be fast establishing itself and has now concluded its third season with the who’s who of international cricket featuring amongst the various teams battling for the title in this high-adrenalin version of cricket.

For Tom Moody, the former Australian batsman and the coach of the Karnataka Tuskers side in the recently concluded 2019 edition of the T10 League held in Abu Dhabi, the allure of coaching a side in a new and exciting version of the game was too interesting an opportunity to pass for the second time as he explained in exclusive remarks to PakPassion.net, “This is the second year I have been involved in the T10 League and have been equally impressed with this format this year as I was in the first year when I coached the Sindhis. I came into it a little bit unsure of how it would all work out where you have just 60 balls and such a short period to perform, but what I have discovered from a playing and coaching perspective is that it’s a real test of skills. The real challenge for me is to plan strategies around certain player and team match-ups and with a shorter format, the challenge is even more heightened which makes it a much more exciting and satisfying task.”

After his international career ended in 1999 in which he had made 84 international appearances, Moody has continued his association with cricket by taking on coaching roles with various leagues around the world. The 54-year-old has coached teams in the IPL and BPL with varying degrees of success, and was the head coach for the PSL franchise Multan Sultans in the 2019 edition of the tournament. This is a task which he clearly enjoys and loves the challenges that such assignments bring, but at the moment he has no plans to become a coach for a national side.

“I enjoyed my time with the Multan Sultans but have no plans to be involved with any PSL sides at the moment and I am sure all six sides already have the requisite staff in their ranks. It would obviously have been nice to coach a side like Pakistan but unfortunately, in the cricketing world, I am fairly well occupied with my various assignments. To be honest, it would be difficult to step off that sort of a platform and concentrate my skills and energies on just one team as that would have been a significant shift for me.”

The much awaited Hundred tournament is all set to take place in England in the summer of 2020. Eight teams will take part in this unique format which will feature some interesting innovations and will be observed with great interest worldwide. The player draft for The Hundred took place in October of this year and looking at the top players in the line-ups of each side, the tournament promises to be one to watch for fans of the game. Moody has been appointed as coach for the Surrey-based side and this is a role, he is looking forward to taking on with great anticipation, “I am really looking forward to coaching the The Oval Invincibles team in the Hundred. It’s another very interesting format of the game which is a slight variation from Twenty20 cricket. I am very excited about that opportunity to play in a new tournament that has some subtle changes to the short formats of the game. It will be great to be one of the coaches associated with the tournament at an early stage of its life and to be able find a way to have a successful team combination which should be a great challenge.”

The absence of top-level international cricket in Pakistan for almost 10 years has been an area of huge concern for the cricket community. The tragic events of 2009 seem to have had long-term effects in terms of perceptions but slowly with efforts from the Pakistan Cricket Board and prompt attention by the government of Prime Minister Imran Khan, it appears that it won’t be long before Test cricket will once again be played in Pakistan. In this regard, Sri Lanka Cricket’s recent announcement to send their side for a 2-match Test series to Pakistan in December has been met with universal acclaim and in Tom Moody’s words, is one that is important for the good of the game.

“Ultimately, we all want cricket to be played in Pakistan, because in my view Pakistan brings such a rich culture to the game. I just feel for the people of Pakistan who have been and continue to be so passionate about the game. It’s sad that they are deprived of a chance to see first-hand their team perform against top quality international sides. I certainly hope that over time, things will change but sadly due to circumstances that are out of a lot of people’s control, this has been a difficult task to accomplish and manage.”

The ICC Men’s T20 World Cup is due to be played from October 2020 in Australia and as always will provide many hours of entertainment for passionate fans of the game, the world over. Due to the nature of this format of the game, it is always difficult to predict the outcome of the tournament. With top contenders like hosts Australia, India, England and Pakistan there is room for many surprises as past form doesn’t necessarily define future results in Twenty20 cricket and quite understandably, Moody is cautions about making any bold predictions for the side that could become the next champions to replace West Indies, “I would say the usual suspects would be favourites to win the T20 World Cup. However, the fact that the tournament is being held in Australia could be a challenge for some teams as we saw when Sri Lanka and Pakistan played recent Twenty20 series there. So, Australia, given that they will be playing at home will definitely be one of the favourites. England to their immense credit have shown that they are a top side not only in 50-Over cricket but are also a dangerous side in the Twenty20 format as well. You then have India who, as we know, are side to be reckoned in all formats of the game and Pakistan, well you don’t really know, do you? I would be a brave man to say that they are out of contention for any tournament because they have such good tournament players.”