"It's a dream come true to be playing in the Pakistan Super League" : Zeeshan Ashraf

In exclusive remarks to PakPassion.net, the Multan Sultan's batsman looked forward to his debut season at the PSL, working with coach Andy Flower and his aspirations to represent Pakistan in the future. 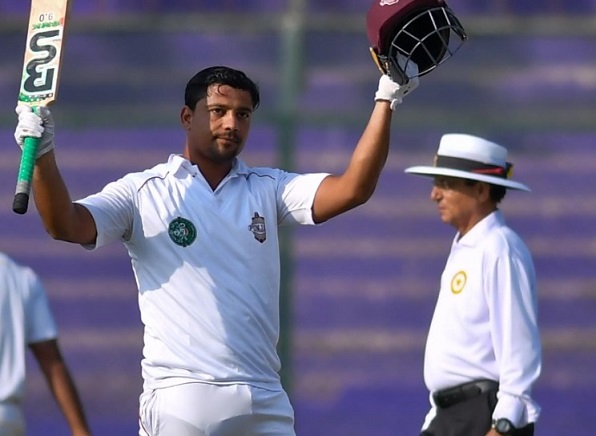 The upcoming fifth season of the Pakistan Super League promises to be yet another exciting and entertainment-filled tournament which has established itself as one of the top Twenty20 Leagues in the word of cricket. Whilst the participating well-established local and international players will look to further enhance their reputations as top-quality performers, the eyes of the world and especially supporters of Pakistan cricket will be firmly on the performances of emerging talents. In this regard, the talent embodied by Multan Sultans Zeeshan Ashraf will be one to watch and savour for the lovers of the game and in an exclusive interview with PakPassion.net, the 27-year-old opener explained why he was looking forward to his debut season at the PSL where he will have a chance to play in front of thousands of doting home-fans.

“I’m absolutely delighted to be playing my first Pakistan Super League tournament and what makes it extra special and an even bigger honour for me is that my debut will be in the first PSL which is to be played entirely in front of my home crowds and countrymen. One could not wish for a better introduction than this to the PSL, playing in front of thousands of your countryfolk in packed stadiums and with millions around the world watching.”

Multan Sultans were the sixth team to be introduced to the PSL in 2018 and wasted no time in showing the rest of the competitors that they meant business by putting in an excellent display in the initial stages of the tournament. With maturity gained from their second season in 2019, and a well-balanced squad which seems to have just the right proportion of youth and experience chosen for the next edition of the tournament, the Sultans in Zeeshan Ashraf’s words are all set for the challenge ahead, “I feel that Multan Sultans have a very balanced squad, made up of some excellent youngsters such as Ali Shafiq, Rohail Nazir and Mohammad Ilyas. I think youngsters play a crucial part in how a team does in the PSL and I think Sultans are well served in the young player department. In addition, we have some battle-hardened Twenty20 players who have played all over the world such as Shahid Afridi, Junaid Khan, Ravi Bopara and Moeen Ali who I am sure will lift the younger players during the tournament. The balance has to be right between younger players and experienced players and I think Multan has the right balance.”

Zeeshan Ashraf comes to the PSL on the back of some robust performances in the ongoing domestic season where he was the top-scoring batsmen for Southern Punjab in the National T20 Cup 2nd XI tournament with 395 runs in 7 games. This should represent the ideal background for the challenges that lie ahead in the PSL where he will come across some top competitors. This is also an opportunity he is looking forward to with eager anticipation and feels that the experience of coach Andy Flower will be crucial for his personal growth as well.

“My preparations have gone well for the Pakistan Super League, I’ve been training hard, playing some club cricket and have lost weight and feel a lot fitter and stronger. I’ve been working a lot on strength and conditioning and feel fitter than I have ever felt. I’m particularly looking forward to working with Andy Flower who is a legend and a fellow left-handed batsman. I feel that the PSL is a fantastic opportunity for me to learn from a great batsman like Andy Flower and tap into his knowledge and experience. It’s not every day that you get the chance to work with someone like Flower and I intend to make the most of this opportunity.”

With his first season in a world-class Twenty20 League looming on the horizon, it would be natural for some anxiety to creep into the head of the Okara-born southpaw, but Ashraf is keeping his feet firmly on the ground and concentrating on ensuring that he does the basics right and sticks to his natural style of play as he explained, “I don’t want to set myself any targets and put pressure on myself, but I am hopeful of showing everyone what I can do as an attacking batsman. I know what my strengths are, and I intend to play accordingly to those strengths. My mindset is to treat PSL like any other domestic Twenty20 tournament and not to build pressure on myself. My domestic and local coaches have told me to play my natural game and not to change my batting style just because it’s the PSL and my family and friends have been praying for my success which is very important to me.”

Shadab Khan, Hassan Ali and Mohammad Hasnain are some of the names that can thank PSL for their rapid rise and it’s an established fact that the PCB look at performances in the tournament to identify future talents for the Pakistan team. Like others, Zeeshan Ashraf is keenly aware that good performances in the PSL will not only be appreciated by crowds and sponsors, but also noticed by national selectors. Whether his performances result in a place in the Pakistan side is something only time will tell but for the moment, he is aware of what is expected of him and is focussed on doing well for Multan Sultans and happy to take things as they come, “All the players are aware that the PSL presents cricketers with an opportunity to impress the national selectors and everyone is aware that in previous tournaments players who were not that well-known became famous very quickly after doing well in the Pakistan Super League. It’s an opportunity like no other where everyone is watching your performances and if you can do well then playing for your country can be a possibility. But I’m not looking too far ahead, I am just happy to be a part of the PSL and I want to do well for my team and not let anyone down and then we will see what happens next.”

The selection for Multan Sultans is a special opportunity for Zeeshan Ashraf to showcase his skills to the world and the batsman is aware of the hard yards that he has had to put in, and the sacrifices he has had to make to get to this stage in his career. Whilst he is excited about the opportunity to represent Multan Sultans, he also has some special words of encouragement for fellow players who have worked hard but could not get a place in any PSL team, "I'd be lying if I didn't say that this was a dream come true for me as I have faced some hard times and very tough days in my cricket career so far. I'm honoured, excited and delighted to be playing in my first Pakistan Super League tournament, but at the same time I pray for the future and well-being of those players in Pakistan who have not been picked for the PSL or domestic cricket."