In his latest blog for PakPassion.net, Sohail Tanvir writes about the postponement of PSL 6, his recommendations for improvements to the bio-secure environment, Shahnawaz Dahani’s selection for the tour of Zimbabwe, why he feels good domestic players should not be fast-tracked to the national side and how the break in PSL 6 could be beneficial to Multan Sultan’s chances of winning the tournament. 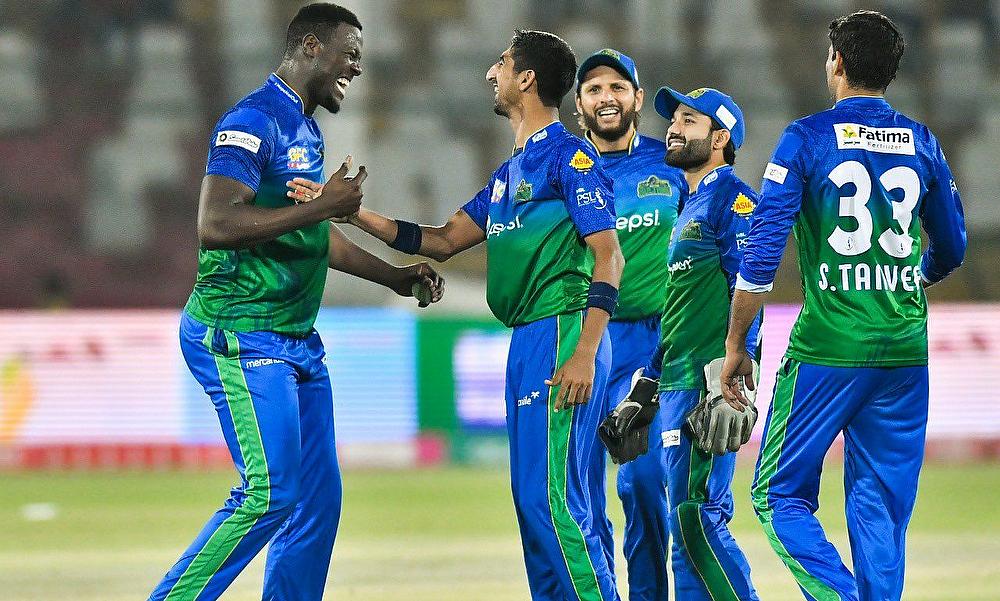 Undoubtedly like all Pakistanis who look upon the Pakistan Super League (PSL) as a national treasure, I was saddened by the fact that this tournament came to an abrupt halt and had to be postponed due to a reason which really is not in anyone’s control. By the time the PSL was stopped, the tournament was in full flow and had built up a good momentum with some very closely fought games which had captured the imagination of the fans. We were seeing a lot of hype being built up and the fan involvement on social media and amongst the worldwide audience was heading in the right direction as well. We have all been affected by the global pandemic in one way or another, and whilst we may all be disappointed by the outcome, the fact is that sometimes you just need to accept fate.

The first instinct in everybody’s head would be to look for a restart of the tournament as soon as possible but there were a few factors that the PCB had to consider. Pakistan’s international commitments, other leagues and the challenges around the availability of overseas players were all considerations that the PCB had to take into account when making the decision to aim for a June restart of the tournament. In my opinion, the PCB have taken the right decision under some trying circumstances. Of course, the heat in June will be tough to handle but sometimes in life, you have to take the options given to you and I feel that we should look at the positives where the fact that the PSL is completed as soon as possible takes precedence over all other arguments. To complete the tournament will be good for the league, the franchises and the players and we at Multan Sultans are looking forward to June so that we can get on with our job and compete as well as we can.


Life in the bio-secure bubble is not for everyone

To remain confined in a bio-secure bubble is not easy and it’s particularly tough for people who find the constricted environment not to their liking. To be honest, only those who have endured such environments can understand the difficulties faced. For outsiders, it’s easy to criticize players for whatever lapses there might have been, but one has to realize that it’s a tough existence being confined to limited spaces. If you are the type of person who can spend long hours in your room then maybe it’s not that bad but for others who value their freedom of movement, living through COVID-19 SOPs in a confined space can be a huge challenge. Having said that, there is no excuse for not following the protocols laid out by the PSL organizers and I am sure that when PSL restarts, some serious consideration would be given to ensure that this does not happen again. Of course, you can never eliminate the threat of a COVID-19 breakout, but measures can be taken to ensure that associated risks are minimized for all participants.

To be honest, I did not see any violations of COVID SOPs during our stay at the hotel during PSL 6. There were only a few areas in the hotel where we were permitted to go. The restaurant was a common area for all teams and official who were part of the PSL 6 bubble, but out of bounds for all other guests in the hotel. When we had to go to the stadium, we used an entrance that was at the back of the hotel that was exclusively reserved for us. I feel that the PSL organizers tried their best to ensure that the bubble was not violated in any way. If there is one suggestion, I have for the PSL organizers, it would be to reserve the hotel completely for players and officials. We saw that in the Caribbean Premier League last year which was the first T20 tournament to be played after COVID-19 restrictions came into place. What that meant was that players could roam anywhere in the hotel instead of being restricted to one part of the facility which really made it easy for all concerned. From what I understand PCB are looking at a similar arrangement to minimize the risk of a COVID-19 outbreak when PSL 6 resumes, possibly in June. Of course, vaccination to protect players from infection is also a solution but it’s not totally practical as it’s not possible to force everyone to take the vaccination.

Shahnawaz Dahani comes across as a very energetic young fast-bowler who is very keen on learning from seniors. I gave him a lot of advice about white-ball cricket and tried to pass on whatever knowledge I have. Azhar Mahmood also interacted a lot with Dahani and I am sure that must have been beneficial for him. I will, however, add that I feel that given his inexperience his inclusion in the Pakistan Test squad for Zimbabwe is a surprising one, but I do hope he will do well and learn from this as these are still early days of his career, as he has just played one season of First-Class cricket and 3-4 PSL games. This will, of course, be a huge learning opportunity for Dahani as he will have advice from Waqar Younis and from other coaches associated with the Pakistan side. This should allow him to develop more and become a better bowler after this tour.

I am sure there are differing opinions on this but I for one, am not a strong believer in the idea of fast-tracking young players into the national side. We have many examples in the last 4-5 years, most recently of Naseem Shah, where players have been tried ahead of their time and have not been able to establish a place in the Pakistan side. Of course, not all players will be able to establish a place in the national side but players being promoted to play international cricket should be able to hold their position in the side. In Pakistan, we seem to bring players directly over from domestic cricket into top-level cricket, but the fact is that the only bridge from domestic to international cricket should be via Pakistan A teams which seems to be the case in the rest of the world. So, if a player delivers at Pakistan A stage, then chances are very high that he will do well in the senior side.

I feel that in a competitive tournament such as the PSL, where teams are pretty much evenly matched in terms of capabilities, the only distinguishing factor is the winning momentum that any one team builds along the way. In our case, we just haven’t been able to do that as even after scoring good number of runs, we have not been able to defend those and so the momentum has not been built. Now, I am not in any way saying it’s a good thing but the break in PSL 6 may well be a blessing in disguise for us as it will help us compose ourselves and hopefully when the tournament restarts, we will start performing better. The exact opposite happened to us last year when we had the momentum until the PSL was stopped and then when the last games of the tournament were played, we just could not get going again. That’s because, when the tournament is started again, all teams will start from scratch in terms of momentum, and this could be to our advantage. For Multan Sultans, we can use this break as a period of reflection and take it as an opportunity to examine what we can do better once the games start again.


When I do come back after the break, I will come back stronger in this tournament

The fact is that every bowler has struggled a bit in PSL 6 so far because the ball has been coming nicely on to the bat, and the proof of that is the sort of huge sixes we were seeing being hit at the NSK which really isn’t the norm at this venue. Now I am not using this as an excuse as I feel that the execution of bowling plans was not up to the mark at my end. But then all bowlers, senior or junior have gone for runs in this tournament so far. But I am using this break to work hard on where I went wrong in my bowling, especially when it came to knowing what type of ball to bowl at what stage of the game - I suppose, in a sense, my failures were more about decision making than execution of plans. I have already started working on these issues in the nets, so hopefully when I do come back after the break, I will come back stronger in this tournament.

Mohammad Rizwan’s captaincy was excellent but as a team we were hampered by the lack of a winning momentum. To his credit Rizwan has done his best to lead the side from the front but all that doesn’t mean much if the results are not coming your way. As a captain, he is very calm and a cool customer and genuinely believes that Multan Sultans can go all the way and win this tournament.