Shehzar Mohammad is a 21 year-old PIA wicket-keeper batsman. Hailing from an illustrious cricketing family, he is the grandson of Pakistani batting legend Hanif Mohammad and son of former Pakistan international Shoaib Mohammad.This season has been his breakthrough season for PIA

In the infancy of his first-class career, to date Mohammad has played 13 first class matches, scoring four half-centuries since signing for PIA. Has also played four List A matches. Having made his first class debut in December 2009, where he top-scored with 70, he played only two games in the 2009/10 season. The following season he played four matches and in 2012/13, to date he has played 7 matches. This season has been his breakthrough season for PIA and he spoke to PakPassion about his career to date, the influence of his family and aims for the future.

22-year-old Rawalpindi batsman Shoaib Ahmed Minhas is prestigious talent who, if his first season in domestic cricket is anything to go by, could be a gem. 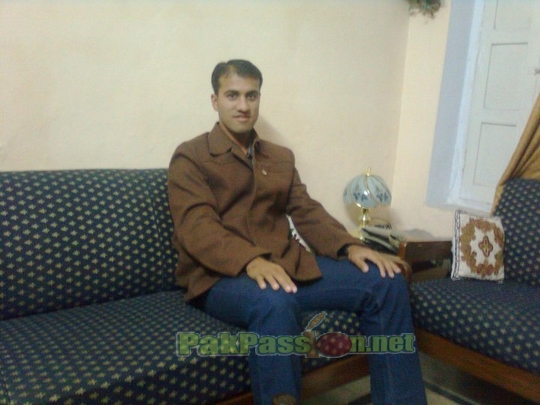 I've always enjoyed watching cricket right from an early age. In Pakistan cricket is a passion so there is no way to avoid the game. At first I was playing cricket on a casual basis with friends on the streets of my home city of Sargodha. It was my cousin who played local club cricket suggested to me that rather than just playing on the streets with friends, I should take my cricket more seriously and join a cricket club.I took on board my cousin's advice and started playing club cricket in order to organise my game a whole lot better than it was and to have some structure to my cricket.

PakPassion.net present an exclusive interview with yet another exciting pace prospect for Pakistan who hopes 2012 will be a breakthrough year for him.

In our latest edition of the Talent Spotter, we bring you an in depth interview with Fahad Iqbal. Fahad who recently featured in the QEA trophy final for PIA, has the unique honour of being related to the all time Pakistani great - Javed Miandad. In this interview he tells us about his initiation into the world of cricket, the role of his uncle in his development as well as his aspirations.

PakPassion.net continues to bring its members and guests information on the best upcoming talent in Pakistan, with another in the Talent Spotter Series.

PakPassion caught up with 23 years old solid and consistent batsman for ZTBL, Haris with a view to finding out a little more about him, how he got into cricket, his favourite players and his career aspirations.

We present the profile of Bismillah Khan who is a 22 year old wicketkeeper batsman. He plays for Quetta and made his first class debut in the 2009/2010 season and has played 26 first class matches and 15 List A matches.

Just 24 years of age, Aqeel Anjum has some excellent performances to his name and continues to impress all observers of the domestic game. In an exclusive interview with PakPassion.net, he takes us through his career development, his views on the Pentangular Cup as well as improvements that he can make to his game.