A profile of a young wicket-keeper batsman from Peshawar, who has caught the eye of cricket enthusiasts with some impactful innings for the Pakistan Under-19 side. 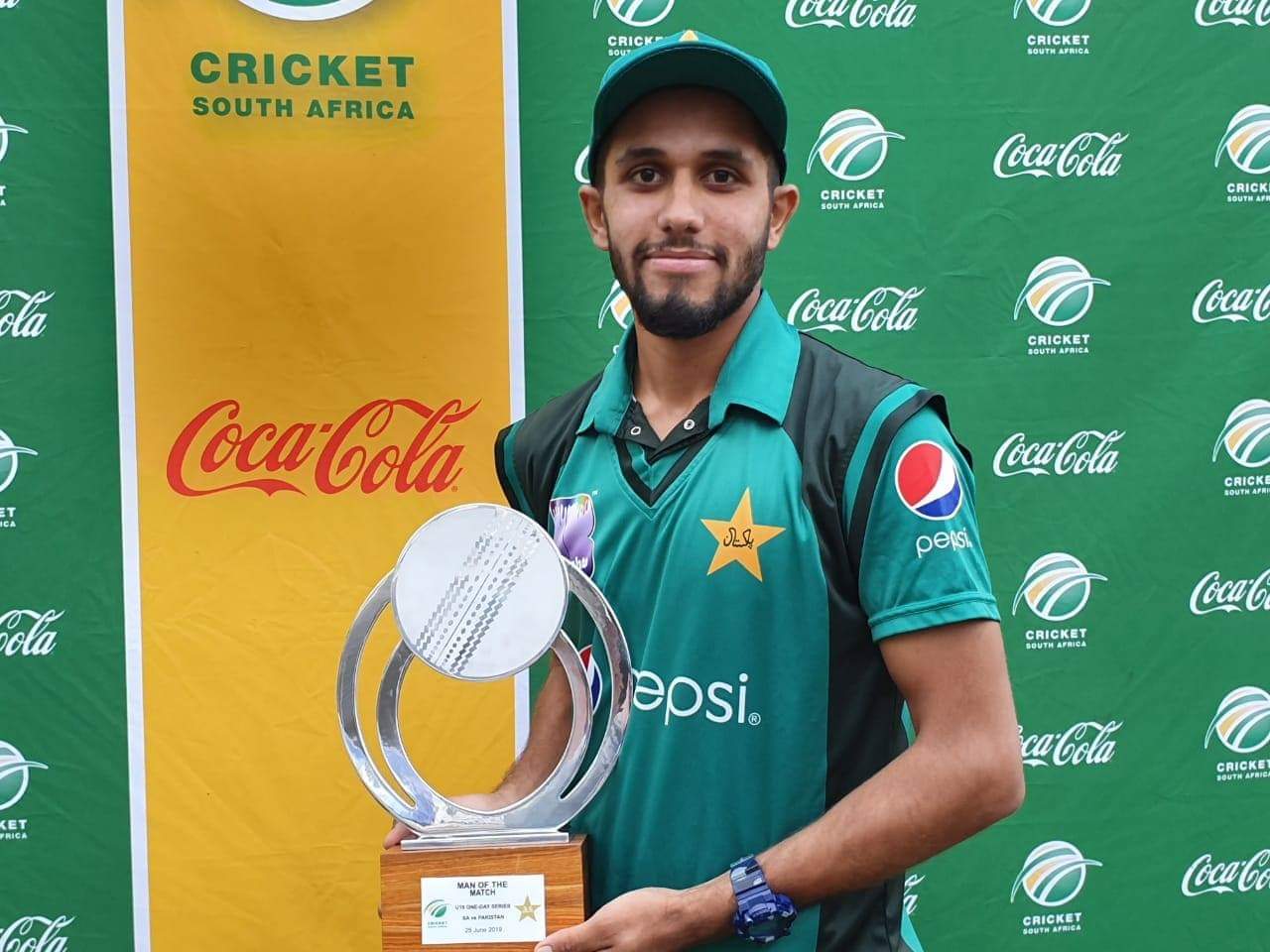 Interest in cricket and education

Like other youngsters in Pakistan, I started playing tape-ball cricket on the streets around my home in Peshawar where I used to play cricket with my cousins and brother. Even at that time, I was very fond of batting and used to bat most of the time and wouldn’t let them take a turn so am sure they weren’t too happy about that! My mother wasn’t too keen about me playing cricket and would scold me for that, but my father had no problems as he knew that people can make a big name in this game in the same way that the likes of Aamir Sohail and Wasim Akram had done so. However, all this time, I have kept on giving first preference to my studies and am currently in the first year at Government College in Peshawar.


Pakistan Under-19 tours of Sri Lanka and South Africa

Based on my performances in regional Under-19 tournaments, I was asked to come for trials for the Pakistan Under-19s side. My first tour with the Under-19s was to Sri Lanka in May 2019 where in 4 One-Day matches, I scored 82 runs with one fifty. Based on my performances in Sri Lanka, I was selected for the next Under-19 tour of South Africa where in 7 One-Day matches I hit 275 runs which included 3 fifties. I was also named man of the match on two occasions in a series where we won all seven games. Our spirits were sky-high due to these victories as we headed for our next assignment which was the ACC Under-19 Asia Cup in Sri Lanka.

The results in this tournament were disappointing for the whole side as we were knocked-out in the group stages due to defeats against Afghanistan and India. I believe playing in a tournament where you meet a new team in every game presents a difficult challenge as opposed to a series where you can get used to one opposition. All in all, it was a great learning experience for me and my teammates and I do hope we will be able to use these lessons to improve ourselves in the future. On a personal note, I was pleased about my own performances as I scored 96 runs in 3 matches which included one fifty, against some quality bowling attacks.


Batting style and Jos Buttler as a role-model

From my club cricket days, I have always played as a wicket-keeper-batsman. In the Pakistan Under-19 side, our captain Rohail Nazir is a wicket-keeper so I have played as a batsman, although I did pick up wickets in one of the ACC Under-19 Asia Cup games when I was asked to bowl. Jos Buttler is my role-model and I love the way he plays aggressively to score runs quickly. He messes up the planning of his opponents and seems to scare them too which is enjoyable to watch. I also play aggressively but always judge the match situation so that I play at a strike-rate which helps the team win the game. Whilst I like to play aggressively, let me say that I will have no problems in playing in all three formats of the game and would love to be part of a Pakistan Test or LOI side one day. I have been lucky to have worked with some excellent coaches at the national Under-19 level who have encouraged me to score more runs and God Willing I will have better results to show for myself in the future.

I would have loved to have played in first-class cricket this season, but I suppose it was not to be. There was a chance that my name would be included in the Khyber Pakhtunkhwa second XI for this season but the management chose to have Gauhar Ali in my place. It’s disappointing but not the end of the world for me as I am now looking forward to getting myself ready for selection for the Pakistan squad for the ICC Under-19 Cricket World Cup in 2020 which will take place in South Africa. Of course, like many other young players in Pakistan, I am also hoping that my performances will be noticed by one of the PSL franchises and I will get a chance to play in the next edition of the tournament as well.