A profile of Multan-born spinner Faisal Akram who was the top wicket-taker in the National Under-19 One-Day tournament in 2020/21 and recently took the wicket of Babar Azam in a practice game in Lahore. 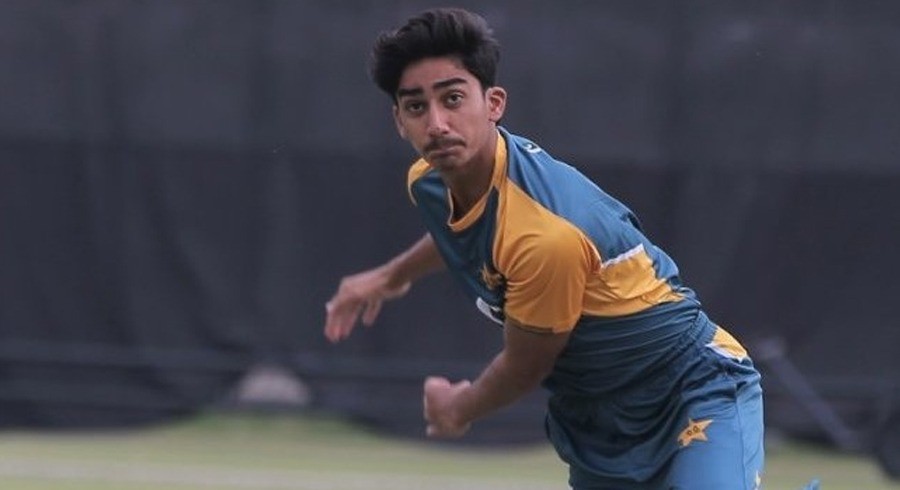 I grew up in a household where cricket was not looked at as a profession which could earn you money so obviously there was some resistance to the idea of me taking up the game as a profession. However, with the efforts and support of my elder brother Bilal Akram who used to play at a local club, my family relented and allowed me to take up the game seriously. It was also whilst watching my brother play that my interest in the game was ignited. Of course, like most youngsters in Pakistan, I started off bowling with a tape-ball with a style of spin that came to me naturally, which at that time I did not realize was that of a Chinaman bowler. Whilst cricket is an important part of my life, I have continued to study and have cleared Matriculation level, and now am looking to complete the first year of Intermediate.

I was introduced to hard-ball cricket by my elder brother and he helped me start my hard-ball journey with the Zawari Cricket Club in Multan in 2017. I managed to impress the selectors at the club with my Chinaman deliveries and was an instant success at the club. After playing club cricket that year, I appeared at the regional Under-16s trials and was selected to represent Multan in the PCB-PEPSI Stars Under-16 One Day Tournament 2018/19. I then participated in the PCB Under-16s Pentangular One-Day Tournament 2018-19 but this time for Khyber Pakhtunkhwa Under-16s where I topped the charts with 10 wickets in 5 games.

Based on my performances for regional Under-16 sides, I was invited to a camp at the National Cricket Academy and then selected for the series against Australia which was played in UAE. In 5 One-Day games against a fairly strong side, I was the second highest wicket-taker and the best spinner for Pakistan with 10 wickets. The next tour of Bangladesh for the Under-16s did not turn out to be that great in terms of performances but I am glad I was included in it as such tours really help in the development of a young bowler like myself.

I had a great start to the Under-19 phase of my career when I was picked to represent Southern Punjab for the 2020/21 season. When the season ended, I was the highest wicket-taker with 27 wickets in 10 matches, at an average of 14.33. My performances in the National Under-19 Three-Day Tournament 2020/21 were not that great but once again the value of experience is something which is very important, and I feel that I learnt a lot from playing in the 3-day format.

Whilst we were all disappointed with the postponement of the tour, what I am really happy about is the fact that I got the chance to practice with some top-quality players and above all, got the opportunity to train under the guidance of my role-model and favourite bowler, Mushtaq Ahmed. His advice during the camp was very useful and I will try to put that into action when I play next.


Desire to bowl to one of the best batsmen in the world, Virat Kohli, is my lifelong wish

One only gets better and also learns about one’s true skills when they come up against the very best in the game. In that sense, it is my lifelong wish to have the opportunity to bowl to Virat Kohli. Every cricketer has some goal and taking Virat Kohli’s wicket is mine, God Willing.

Based upon my previous performances at the Under-16 and Under-19 levels, I had recently been invited to practice with the Pakistan senior team ahead of the tour of South Africa and as one can imagine, I was very nervous but Waqar Younis and Misbah-ul-Haq really gave me a lot of confidence. With this sort of support and confidence, I was able to bowl at my best and it was a great feeling when I trapped Babar Azam lbw. What also filled me with great joy was that after I had got Babar out he came to me and appreciated my bowling by saying “well bowled” to me.

The bowlers who I have always admired from my childhood is the Pakistan legend Mushtaq Ahmed. I always watch videos of Mushtaq Ahmed bowling to learn more from his skills and I hope one day I can perform in the same way he did for Pakistan. Amongst Chinaman bowlers, I am a great fan of Brad Hogg and he is one that I do copy when I am bowling. I have seen his videos on Social Media and that has helped me become a better bowler as well.

I have done well in One-Day games during my career so far, but my ultimate aim is to play for Pakistan in Tests. I understand that to achieve that I will have to work very hard but I am all set for it and will do what is needed to achieve my dream. Of course, like many other Pakistani players, I am also interested in making a name for myself in the PSL, whenever that opportunity is offered to me.