A profile of Mirpur-based Zaman Khan who impressed with his excellent fast-bowling in the recently concluded first edition of the Kashmir Premier League (KPL). 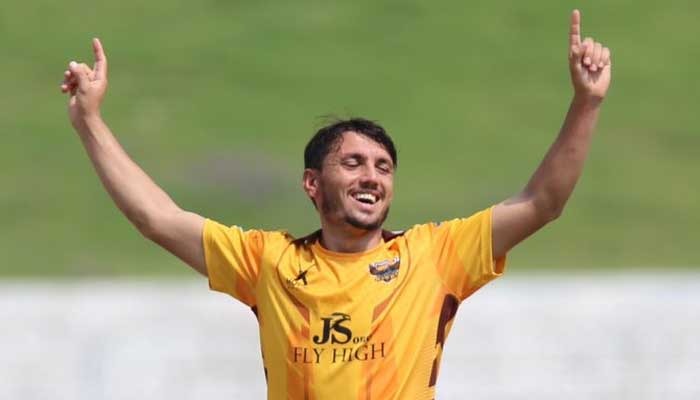 No one in my family was really interested in cricket and my father had enrolled me in a madrassah after school time to learn the Quran as he felt that this was very important for me. So, I really had only a few hours of leisure time which I would use by playing tape-ball cricket locally. Initially my father was not happy with this as he wanted me to concentrate on learning the Quran as he really didn’t understand what cricket was all about. However, one of my uncles convinced him that this was a healthy activity and he allowed me to play.


On my way to becoming Hafiz-e-Quran

I am pleased to say that whilst I completed my education to the 9th grade, I have carried on my quest to become a Hafiz-e-Quran and have now memorized up to the 18 of 30 parts of the holy book.

The first international game I watched on television was the one between Pakistan and India in Mohali in 2011 and at that point, it was all that I knew of what proper cricket was about but that game did spark my interest in the sport and based upon advice of a family friend, I moved to Mirpur in 2018 to start to play hard-ball cricket.


Performing well on the Under-16 tour of Australia

Once in Mirpur, I joined the Prince Cricket Club and as I improved further, I moved to the Eagle Star Cricket Club in Mirpur. This was a huge move for me as Eagle Star is the best club in Mirpur with some top coaches helping players improve themselves. The results of this move were almost immediate as I was picked in national trials for the Under-16 tour of Australia in 2018. This was a side lead by Saim Ayub and I was the highest wicket-taker for Pakistan in the One-Day series where in 4 One-Day games I took 7 wickets.


Shoaib Akhtar as role model but bowl like Lasith Malinga

Shoaib Akhtar is my favourite cricketer and role model and the one who I have followed all my life as he was a “speed star” and I really wanted to be known like him for speed and aggression but my action is very much like former Sri Lanka pacer Lasith Malinga. I have watched many of his videos to see what he did to get the sort of success he did in his playing days. Having said that, before I had even watched Malinga my natural action was always slingy and its only later that I came to realize that it was very similar to that of Malinga.

In terms of speed, I feel that I was able to hit some good speeds recently during the KPL. In 2018 during the fast-bowlers camp at the NCA, I was recorded at around 141 Kph whilst during the KPL I felt that my fastest ball was closer to the 145Kph mark. I am quite happy to bowl yorkers at fast speeds, but slow and quick bouncers are also deliveries that help me take wickets.


The opportunity to play Kashmir Premier League (KPL) in 2021

After the Under-16 tour, I played for Azad Kashmir in the Regional Under-19s in 2018/19, for Northern Under-19s in 2019/2020/2021 in One and Three Day tournaments and was also part of the Pakistan Under-19 tour of China, but my real opportunity to shine came when I was selected in the trials for the inaugural edition of the Kashmir Premier League. But this did not happen without hard work which I began at the start of this year. This was a time when I left home to stay in Mirpur and would practice for long hours. In-fact I put in so much time in the gym and training that my trainers told me to tone it down and bowl more in the nets if I wanted to prepare well for the tournament.


Playing under Shahid Afridi at the KPL

I became part of the Rawalakot Hawks which was led by former Pakistan captain Shahid Afridi. It was a great honour to play under such a great player and the one thing I loved about Shahid Bhai was the way he encouraged me on the field. Despite being a player of such a stature, he would act like one of our equals on the field and get involved in the game without any hesitation. It was also a great feeling when we became champions of the first edition of KPL and to be part of such a squad is something I will never forget.

I thoroughly enjoyed the experience of bowling to some of the top Pakistani names in T20 cricket. Of the 10 wickets in 6 matches that I took, I really enjoyed dismissing Mohammad Hafeez, Shoaib Malik and Sharjeel Khan as these are all big international names and I must have done something right to get them out. These wickets will forever remain in my memory when I think of my performances at KPL.


Pakistan Super League (PSL) and beyond